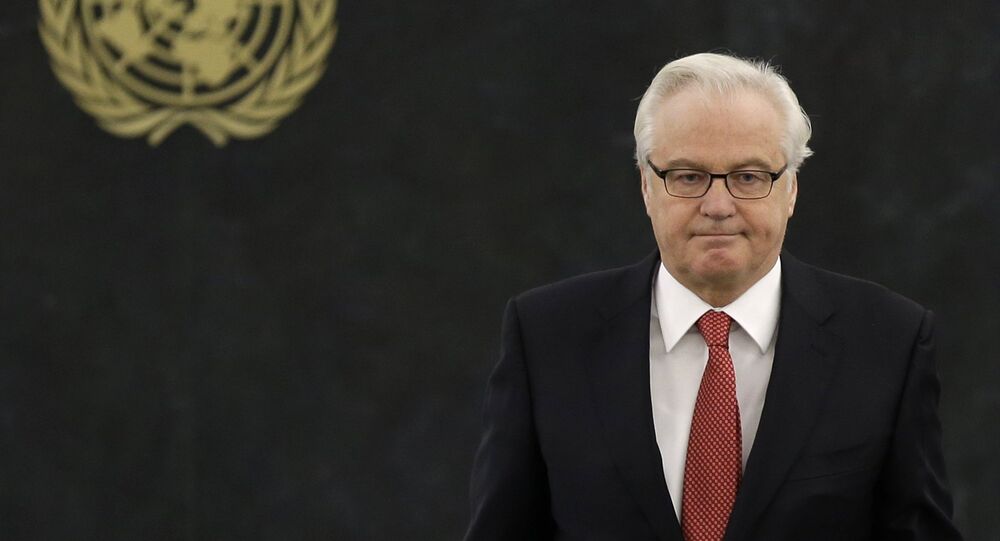 Russia's UN envoy Vitaly Churkin said that Moscow hopes Kiev will use its election to UN Security Council non-permanent member for 2016-2017 in a responsible manner.

The UN Security Council includes five permanent and 10 non-permanent members. The latter are elected for two-year terms by the UN General Assembly.

"We are not going to create any obstacles. We hope that Ukraine will take the role of a Security Council non-permanent member with full responsibility," Churkin told RIA Novosti.

Churkin emphasized that Ukraine will not be opposed in an election for non-permanent Eastern European Group council membership for 2016-2017.

He noted that Ukraine's election to the position could be seen simultaneously as a "triumph of Ukrainian diplomacy" and the success of the current government since "Washington, which patronizes the country, helped it get elected to the Security Council."

Russia is a UN Security Council permanent member, alongside China, France, the United Kingdom and the United States.

The elections for five non-permanent seats on the UN Security Council for two-year mandates will be held on October 2015 during the 70th session of the UN General Assembly.