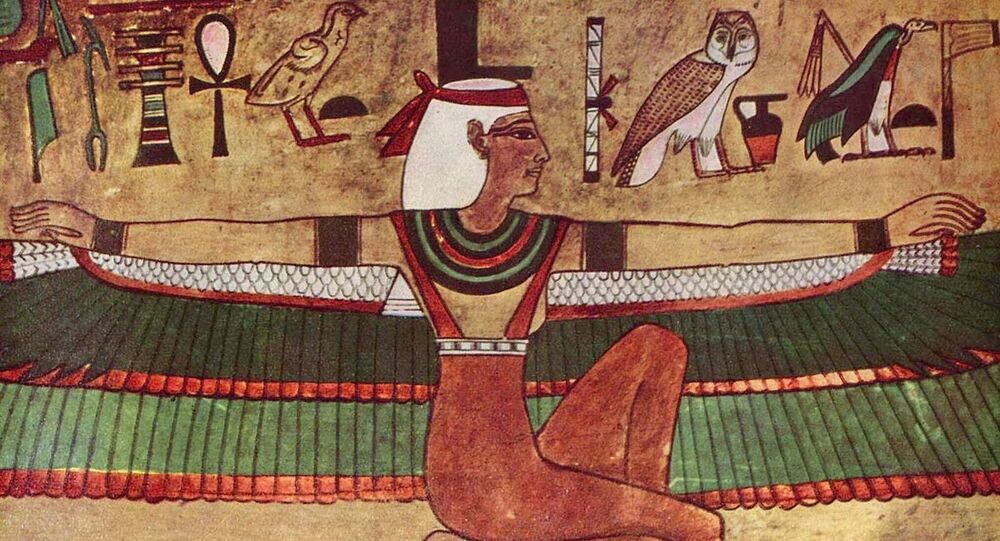 Lots of companies worldwide are undergoing a ‘willy-nilly’ rebranding: having named themselves after Isis, the Egyptian goddess of health, marriage, and love, they are now no longer prepared to share it with a terrorist organization with a similar-looking acronym: ISIS.

The Helsinki children’s theatre group Isis is the latest in a series of companies all over the world that have shed the bellicose moniker.

The theater group, like other organizations worldwide, had named itself after Isis, the Egyptian goddess of love, the moon, magic, fertility and healing.

Of course, it never thought these four letters would conjure up images of massacres, beheadings, slavery and other terrorist activity.

Isis is generally depicted as one of the human-like goddesses, with a crown or headdress that resembles steps but represented the royal throne of Egypt. Occasionally she was illustrated with a crown consisting of cow horns enclosing a sun disk.

The group, however, did not want to abandon the Egyptian mythology and will now be called Osiris, after the beloved husband of Isis.

“The goddess Isis sang, wept and danced her beloved spouse Osiris to life: and so the leading responsibility of our theatre has been given to OSIRIS. We have changed the name to OSIRIS Theatre,” reads a statement on its website.

The theatre’s staff has long resisted the change, seeing it as capitulation: handing their own name over to the terrorist group. However the final straw came this spring when a partner said it would be embarrassing to market plays by a theatre named Isis, the Finnish newspaper Helsingin Sanomat reports on Tuesday.

"I believe that it affects parents subconsciously," the newspaper quotes the theater’s artistic director Liisa Isotalo as saying. "Our children’s productions have not succeeded very well."

Liisa Isotalo also fears that boxes labelled “Isis” might get them into trouble with customs officials when they go on tour.

"Given ongoing events in Syria and Iraq, it will come as no surprise to you to learn that we have decided to change our name. We are no longer prepared to share it with a terrorist organization," the company said in a statement upon rebranding.

The California-based e-wallet solution 'Isis' changed its name to Softcard.

The Belgian chocolatier "ISIS Chocolates" was also forced to change its name to "Libeert" after the company experienced a slump in sales due to its name being associated with the Islamic terrorist group.

The creators of the television cartoon Archer confirmed that any future references to the fictional spy agency in the show, Isis, had been dropped due to the emergence of the jihadist group.

However, some companies remain firmly attached to their name and are unwilling to surrender.

The Biomedical company Isis Pharmaceuticals is one of those. It has no plans to change its name, as it has been trading under the ticker symbol Isis for years.

"It is, of course, an unfortunate twist of fate that an al-Qaeda offshoot is referred to by an acronym that matches our company name… [but] our company name is not associated with a retail consumer market,” it said in a statement.

The "physicians and medical staff we work with know us very well and are not confused by the recent news regarding the terrorist group in Iraq," it said.

The Helsinki-based language firm Isis Translations also refuses to give up its name.

“I’ve been a fan of [the goddess] Isis since I was a kid. I have a right to this name," Helsingin Sanomat quoted the company’s Managing Director Linda Ahlblad as saying.