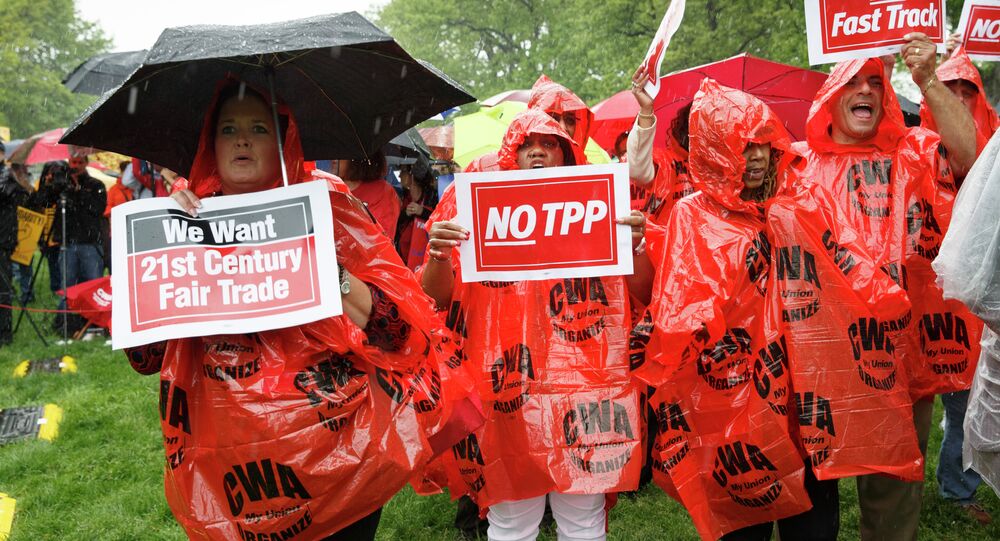 © AP Photo
TPP: WikiLeaks Puts Up $100,000 Bounty For 'America's Most Wanted Secret'
MOSCOW (Sputnik) – Wikileaks released a batch of classified documents, last week, pertaining to the 50-nation Trade in Services Agreement (TISA), dubbed TPP's big brother by the whistleblowers. Studying the documents, the website has found that domestic rules might be altered in a bid to deregulate global financial industries.

"It sets a terrible precedent for using regional trade deals to tamper with other countries' health systems and could circumscribe the options available to developing countries seeking to introduce pharmaceutical coverage programs in the future," the group writes.

Wikileaks argues that the "apparently minor" changes to the wording in the TPP health care annex text could limit the autonomy of negotiating countries' decision making.

"Even with these changes, the language of these principles is weighted more towards the interests of the industry than those of the public," the analysis concludes.

The signing of the TPP would secure commercial agreements between the United States and 11 countries, including Australia, Japan, New Zealand and other Latin American and Southeast Asian states.

The group recommends that negotiating parties refrain from agreeing to the inclusion of the health care annex in the TPP, arguing that it sets a negative precedent for future regional trade deals.

The TPP, TISA and the Transatlantic Trade and Investment Partnership negotiating process is shrouded in controversy because of the trade deals' secretive nature and uncertain implications for rights, employment relations and the environment.