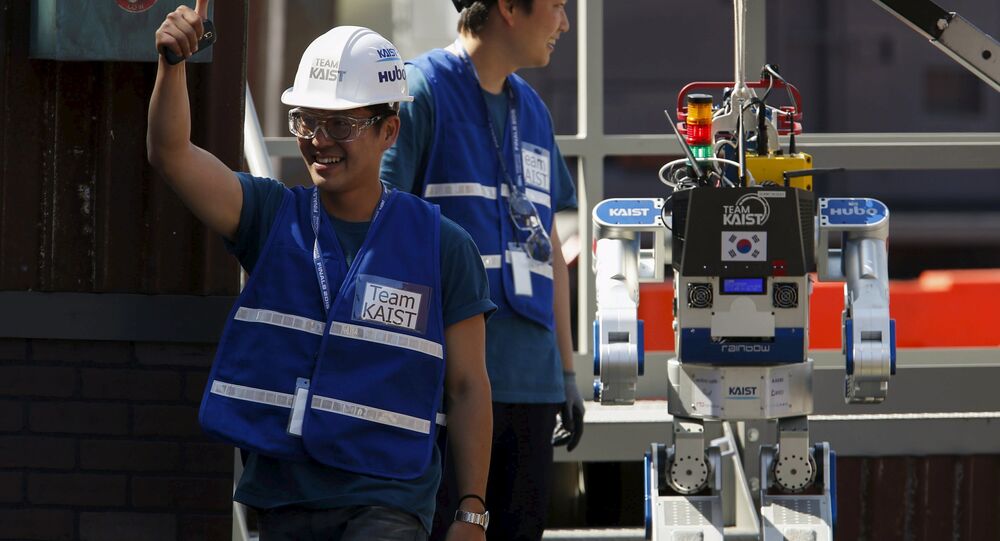 A South Korean team landed two-million-dollars in prize money after their humanoid robot beat 23 others at a contest in California organized by the Defense Advanced Research Projects Agency (DARPA), which develops advanced research for the US Defense Department.

The two-million-dollar top prize in the DARPA Robotics Challenge in California went to Team KAIST from South Korea, whose humanoid robot DRC-Hubo overcame the challenge from 24 other competitors, media reports said.

Team IHMC Robotics' Running Man and Tartan Rescue's CHIMP robot, both from the United States, took second and third places respectively. The two-day contest pitted the robots against each other to overcome  an obstacle course designed to simulate conditions similar to the 2011 Fukushima nuclear plant disaster.

Taking part in the contest were a total of 24 mainly human-shaped bots and their teams, including 12 from the United States, five from Japan, three from South Korea, two from Germany and one each from Italy and Hong Kong.

Each robot was allowed two attempts to complete the obstacle course of eight tasks, such as driving a car, going through a door, and turning a valve.

The other tasks included getting out of a car, opening a door, drilling a hole in a wall and crossing rubble either by clearing a path or walking over it.

The robots had an hour to complete the tasks, which Team KAIST finished in 44 minutes and 28 seconds.

© Sputnik / Michael Klimentyev
Russia’s First Avatar Robot May Be Created Within 10 Years
South Korea's HUBO robot has been under development since 2002;it weighs about 80 kilograms (175 pounds), and stands at 180 centimeters (70 inches) tall.

According to the South Korean team, which hails from the city of Daejeon, their robot is unique because it is capable of being transformed from a standing position to a kneeling one.

Interestingly, not all competitors managed to successfully complete all eight tasks, with several malfunctioning and falling over during the contest.