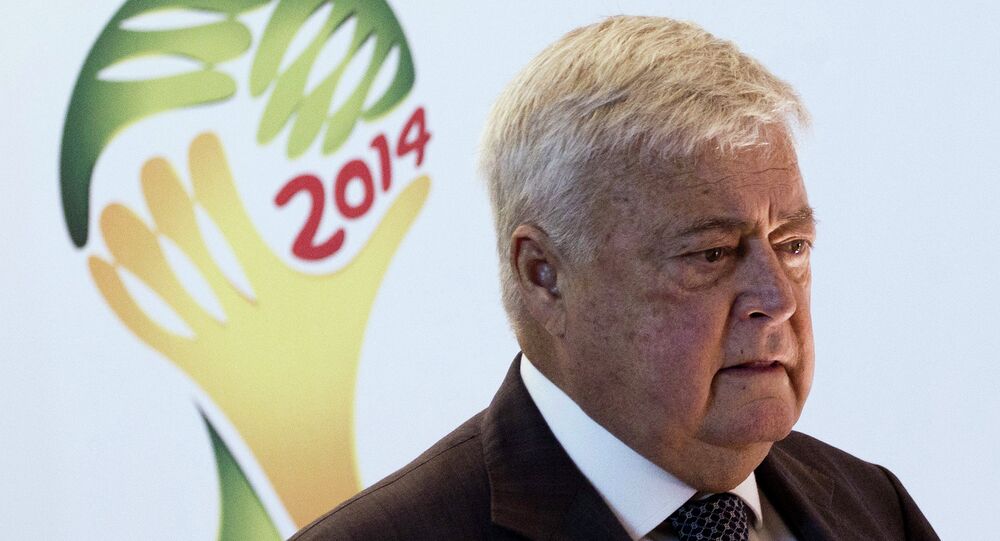 Brazilian federal police have accused Ricardo Teixeira, the former head of Brazilian Football Confederation, on corruption charges related to the organization of the FIFA World Cup 2014 in the country, local media reported.

© AP Photo / KEYSTONE/Steffen Schmidt
US Officials Believe FIFA Sec.Gen. Transferred $10Mln to CONCACAF Ex-Head
MOSCOW (Sputnik) – According to Epoca magazine’s Monday report, Teixeira is accused of money laundering, tax evasion, forgery and falsification of public documents. Teixeira was found to have made financial transactions worth 465 million reals (around $146 million) between 2009 and 2012. The federal police believe this money came from abroad.

Teixeira was president of the Brazilian Football Confederation from 1989 until 2012, and headed the local organizing committee for the FIFA 2014 World Cup from 2009 and 2012.

Teixeira was previously involved in a corruption investigation after he was named a beneficiary from bribes traced to a Swiss marketing company in 2012.

The indictment comes following a high-profile football corruption scandal involving FIFA. On May 27, several high-ranking football officials, most holding senior roles in the football governing body, were arrested in Switzerland on a US federal corruption warrant, accused of fraud, racketeering and money laundering.

On the same day, Switzerland opened a criminal investigation into alleged misdemeanors during the allocation process of FIFA World Cups of 2018 and 2022, to Russia and Qatar respectively.