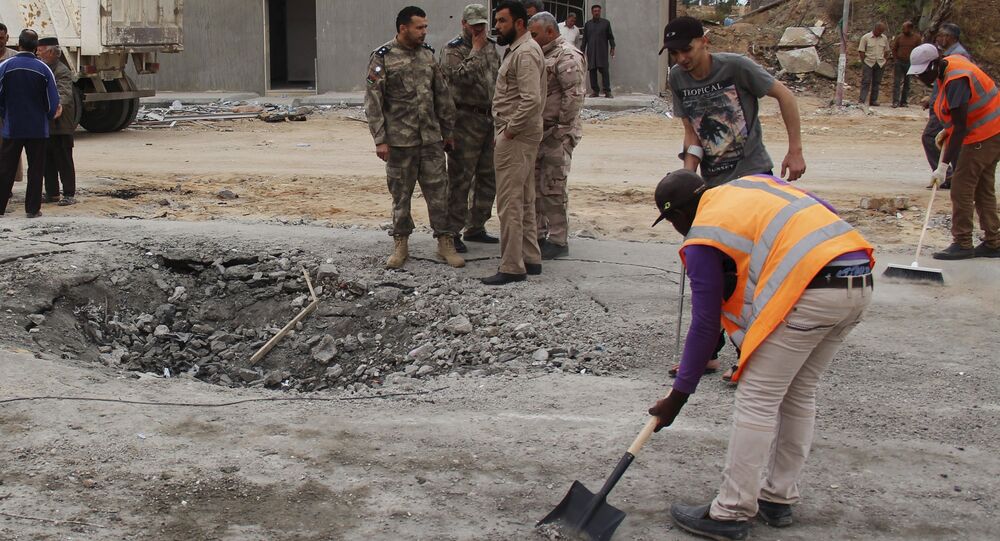 The Islamic State (ISIL) militant group claimed responsibility for suicide bombing near a security checkpoint outside the city of Misrata in northwestern Libya that killed at least five people.

© AP Photo / Manu Brabo
ISIL Takes Control of Muammar Gaddafi’s Hometown in Libya
MOSCOW (Sputnik) — At least five people were killed and another seven injured after a suicide bomber attacked a security checkpoint outside the city of Misrata in northwestern Libya on Sunday, local media reported.

The Islamic State (ISIL) militant group claimed responsibility for the attack, which was carried out by a Tunisian national, according to Libya Herald.

It was the latest in a series of attacks on Misrata by ISIL jihadists in the past two months following the militant group’s online video in March that threatened to escalate violence in the city, situated 116 miles to the east of capital Tripoli, according to the daily.

The ISIL group, that controls large parts of Syria and Iraq, has stepped up its operations in crisis-hit Libya since October 2014.

Derna was the first city outside Syria or Iraq to fall to the ISIL group.

Libya has been in a state of turmoil since early 2011 after the Arab Spring protests led to a civil war and the overthrow of long-time leader Muammar Gaddafi.