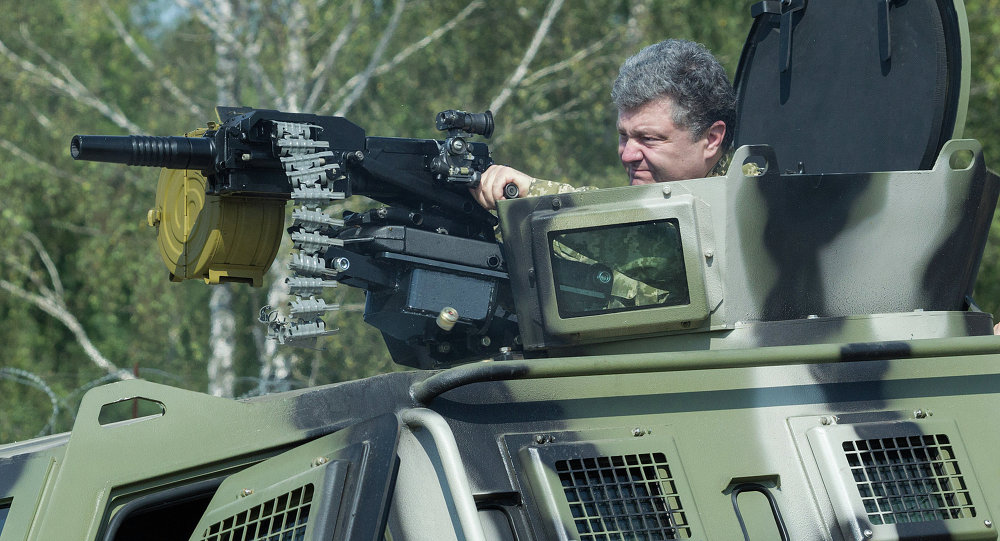 A letter recently published on the internet is purported to show Ukraine boldly demanding a Nobel Peace Prize nomination for President Poroshenko, revealing how the US is able to manipulate the Norwegian Nobel Committee to secure politically desirable winners of the famed Peace Prize.

Investigative journalist Eric Zuesse posted a letter on his blog which, if true, reveals that the Ukrainian parliament has requested the US to secure the 2015 Nobel Peace Prize nomination for President Poroshenko. 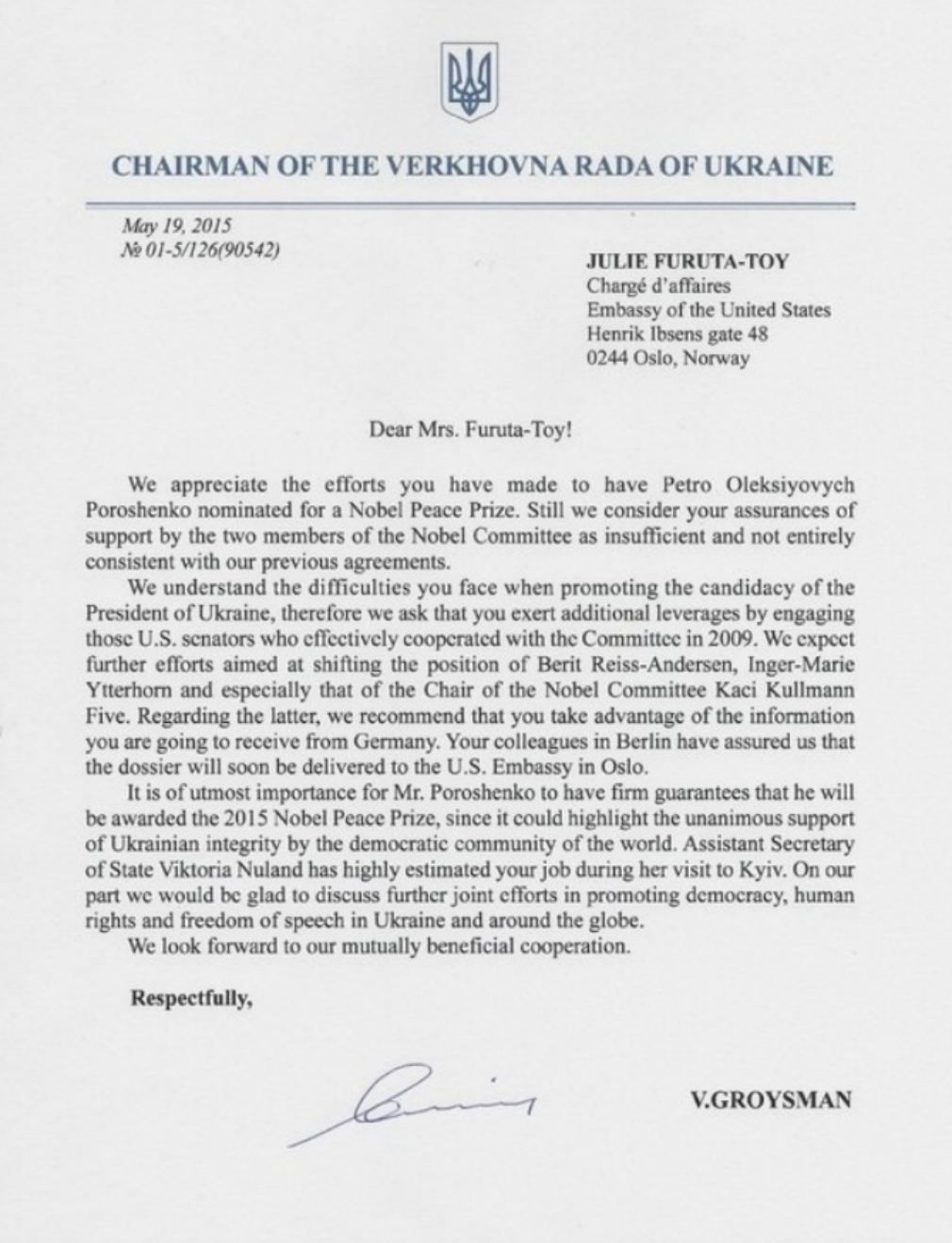 The letter is addressed to Julie Furuta-Toy, chargé d'affaires (head of the diplomatic mission) at the Embassy of the United States in Oslo and acting US Ambassador to Norway. It is apparently signed by the Chairman of Ukraine’s parliament, Volodymyr Groysman and is dated May 19, 2015, with a registered number 01-5/126(90542).

The spokesperson of the Chairman of Ukraine’s parliament has however refuted the document, calling the letter a “100 percent fake."

“The released information is an untruth. There is no letter with such a number [registered] in the secretariat of the Chairman of Ukraine’s parliament. It is 100 percent fake,” said Dmitry Stolyarchuk.

The published document describes an agreement between Ukraine and the US to pressure the Norwegian Nobel Committee to nominate President Poroshenko for the 2015 Nobel Peace Prize.

“We appreciate the efforts you have made to have Petro Oleksiyovych Poroshenko nominated for a Nobel Peace Prize,” the letter says.
However, the letter shows that Kiev is not exactly satisfied with the US efforts to pursue the matter.

“Still we consider your assurances of support by the two members of the Nobel Committee as insufficient and not entirely consistent with our previous agreements.”

The document then reveals how the US is able to put pressure on the Committee.

The letter therefore supposes that the US has the support of professors Syse and Njølstad and urges the US ambassador to Norway to “shift the position of the other three members."

The Ukrainian parliament chairman suggests “exerting additional leverages by engaging those US senators who effectively cooperated with the Committee in 2009,” therefore revealing how 2009 Nobel Peace Prize winner Barack Obama got his prize.

If the letter is true, then it suggests that the US has a somewhat discrediting dossier on the Committee chairman Kaci Kullmann Five: “regarding the latter, we recommend that you take advantage of the information you are going to receive from Germany. Your colleagues in Berlin have assured us that the dossier will soon be delivered to the US Embassy in Oslo.”

Regardless of the authenticity of the document, it remains to be seen who is going to be nominated for 2015 Nobel Peace Prize and especially whether Poroshenko's name is in the mix.