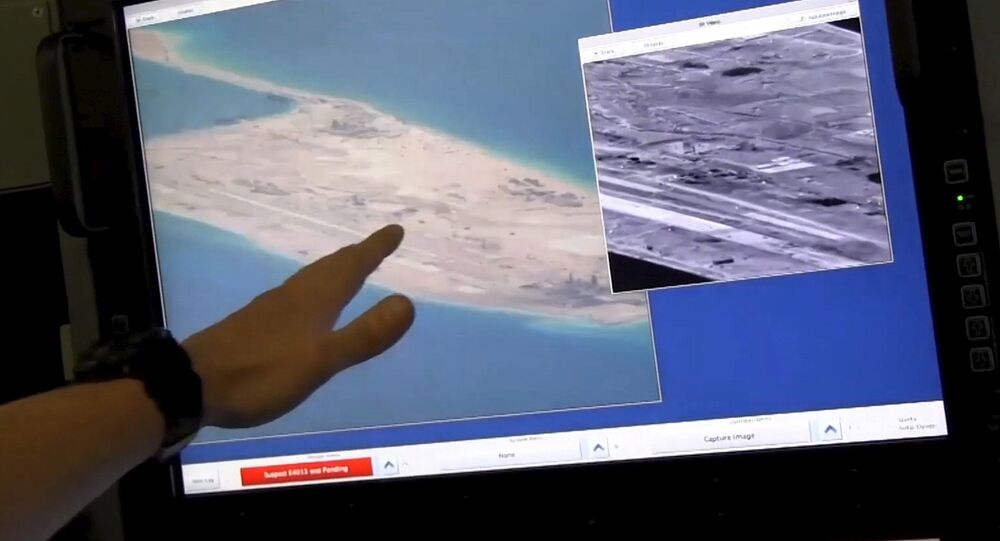 Japan has expressed alarm over Beijing's construction of artificial islands in the disputed waters of the South China Sea; this is something that Tokyo has warned may destabilize the region.

Japanese Defense Minister Gen Nakatani has warned that Beijing's land reclamation projects in the disputed waters around the Spratly archipelago of the South China Sea may lead to the destabilization of the region; he urged all those nations which are involved in the issue to behave responsibly.

© REUTERS / US Navy
Chinese dredging vessels are purportedly seen in the waters around Mischief Reef in the disputed Spratly Islands in the South China Sea.file photo

"If we leave any unlawful situation unattended, order will soon turn to disorder, and peace and stability will collapse. I hope and expect that all the countries, including China, will behave as responsible powers,"Nakatani said during the Shangri-La Dialogue security conference in Singapore.

Apart from China, the Spratlys are claimed by half a dozen countries, including Malaysia, the Philippines and Vietnam.

Neither Japan nor the United States have any territorial claims in the South China Sea.

The past few months have seen the escalation of tensions over China building up artificial islands in the area, a move that was harshly criticized by the United States during the Singapore gathering.

© AP Photo / Ritchie B. Tongo
The alleged on-going reclamation of Subi Reef by China is seen from Pag-asa Island in the Spratly Islands in the South China Sea, western Palawan Province, Philippines Monday, May 11, 2015

According to Defense Secretary Ash Carter, China's land reclamation in the South China Sea is out of step with international rules, and turning underwater land into airfields won't expand its sovereignty.

A Chinese military officer was quick to respond by slamming Carter's remarks as "groundless and not constructive". The officer also touted his country's actions as "reasonable and justified."

© REUTERS / CSIS/Digital Globe
No Chinese Weapons on Reclaimed Island in South China Sea - Beijing
Earlier this month, US defense officials claimed that China had allegedly put two large artillery vehicles on one of its artificial islands in the South China Sea; no photos were released in support of the allegations.

Carter has, meanwhile, warned that aside from China, other countries which are implementing smaller land reclamation projects in the South China Sea should halt their activity.