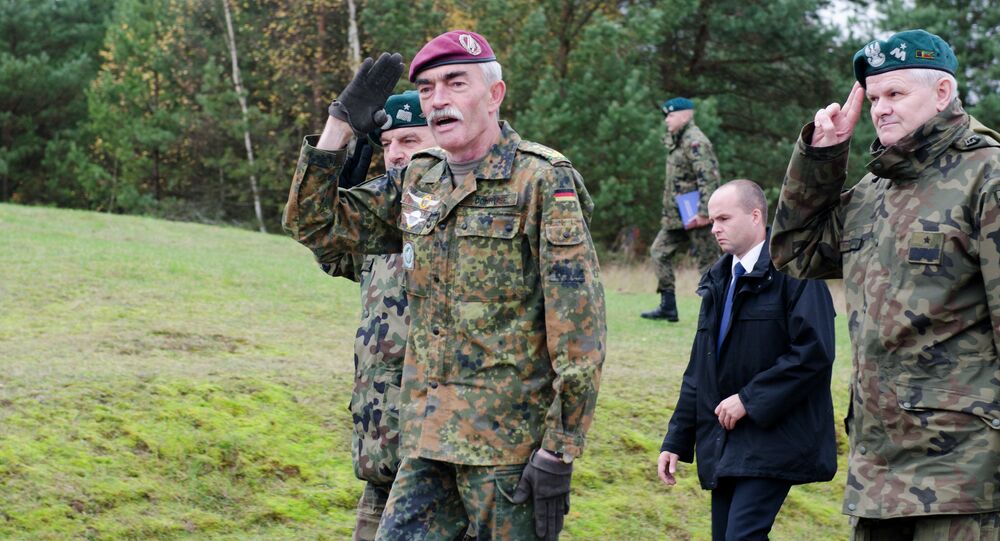 NATO regards President Putin as a tough-minded, forward-thinking politician who is capable of foreseeing situations, but also regards him as a “gambler”, which can be dangerous, General Hans-Lothar Domröse, who currently serves as Commander of the Brunssum Allied Joint Force Command, said in an interview with the German magazine Focus Online.

© Sputnik / Alexei Nikolsky
Former US Ambassador to NATO Says Putin Deserves Credit for Revitalizing Alliance
In his interview with the German magazine Focus Online, Domröse called the Russian leader a tough-minded, forward-thinking politician who is capable of foreseeing the situation.

The general, however, added that Putin is a “gambler”, which might be dangerous. Unfortunately the general did not elaborate any further.

General Domröse also emphasized that neither NATO nor he personally consider Russia an enemy; at the worse, the country is seen as a potential threat. He stressed that no one in the alliance is interested in waging war; their purpose, rather, is to defend. He said that President Putin is aware of that, and that allows the general to sleep well.

The general is however concerned that President Putin might be willing to use nuclear weapons against NATO troops.

Analyst: NATO Views on Putin Based on False Assumptions