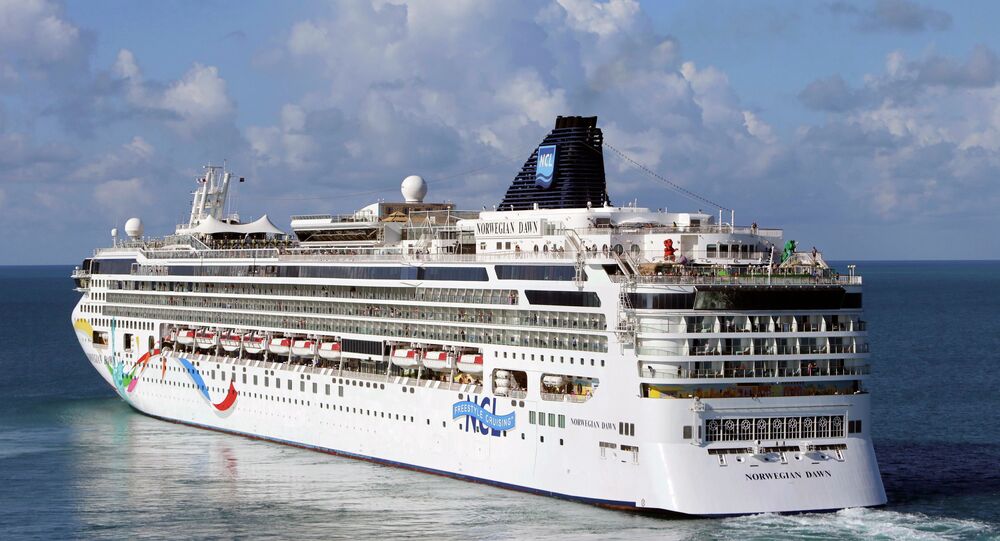 Cruise Ship Floated to Anchorage After Running Aground Off Bermuda

The Norwegian Dawn cruise ship returning to Boston with 2,675 passengers and 1,062 crew members on board run aground off the coast of Bermuda. With a high tide, it was floated to a nearby anchorage position.

The accident occurred after the ship lost power on Tuesday afternoon when it was leaving Bermuda's King's Wharf, the officials said, adding that there was no danger to passengers or crew, who were all safe.

An action shot of the tug boat attempting to pull us to freedom, I can see it from my balcony in my cabin. pic.twitter.com/sVuiZy3APk

The boat directly below us is a Bermuda police boat come to help us. pic.twitter.com/2ERSdbpYdS

According to WCVB-TV, US Coast Guard officials are inspecting the ship to ensure its safety. Power is back up on the ship, which is stable after having made contact with the channel bed.

Divers getting ready to go see if there is any damage from the grounding pic.twitter.com/oTNWEmiusS

The captain of The Norwegian Dawn has reportedly told the passengers that the ship would not be moving until at least Wednesday morning.

The ship was moved to a nearby anchorage position.

With high-tide this evening, the ship was floated and moved to a nearby anchorage position where it will remain overnight.

All guests and crew are safe and there were absolutely no injuries.

The ship had a temporary malfunction of its steering system that distracted it from its course, the Norwegian Cruise Line explained.

The Norwegian Dawn, which sails weekly to Bermuda from Boston between May and October, has suffered two major power outages in recent years – in 2013 and 2009.