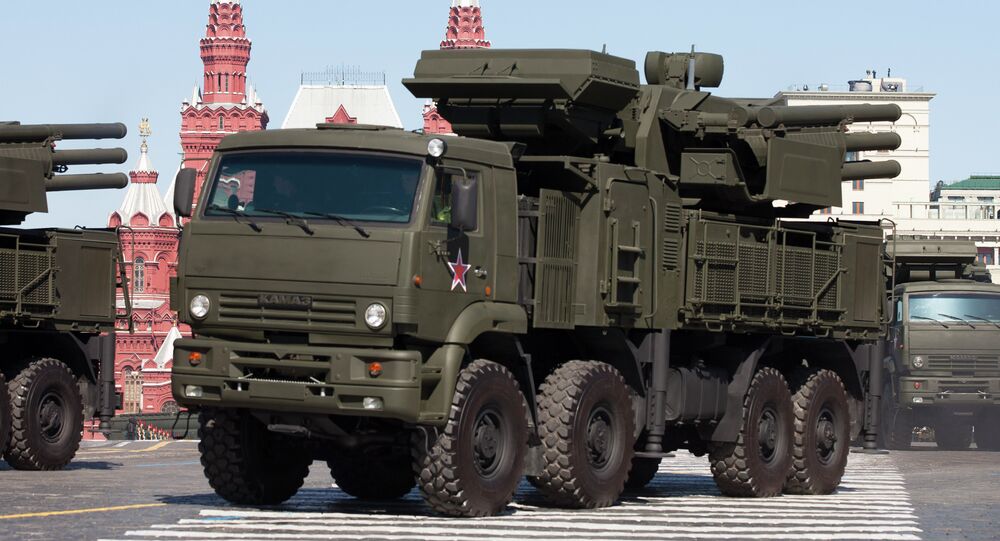 "We have a queue for purchase of Pantsir-S1 formed until 2019," Rogozin told reporters in Moscow.

In April, the head of Russian delegation at LAAD Defense and Security 2015 exhibition in Rio de Janeiro said Brazil and Russia are in talks on purchase of Pantsir-S1 air defense systems by the Latin American country.

The Pantsir-S1 (SA-22 Greyhound) is a Russian short- to medium-range surface-to-air missile and anti-aircraft artillery weapon system, which first entered service in 2012 and is set to gradually replace the Tunguska self-propelled anti-aircraft weapon.

The Pantsir-S1 system can be mounted on both wheeled and tracked chassis.