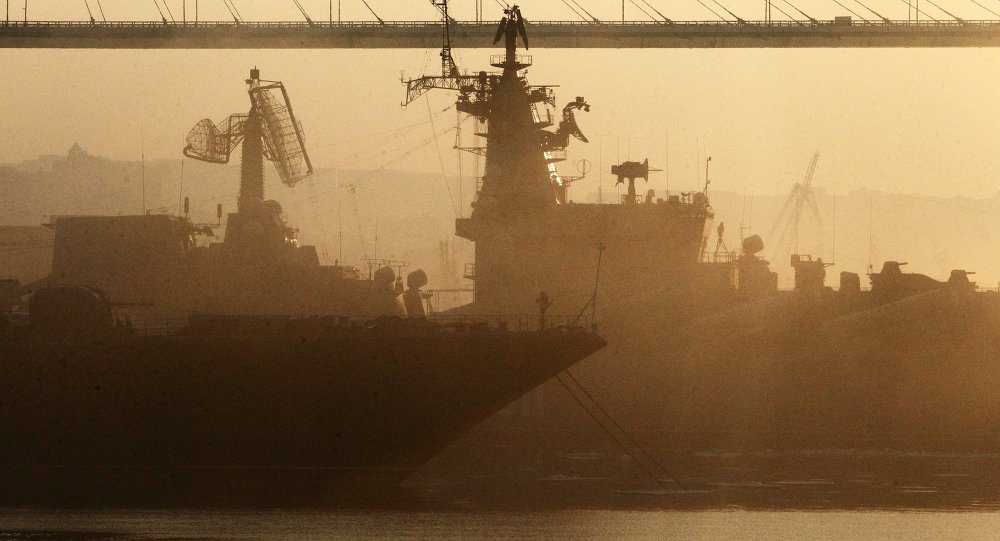 After having analyzed why the US should fear Russia's new Armata T-14 tank, the US bimonthly magazine The National Interest has come up with another list, this time it is “The Russian Navy's 5 Most Deadly Weapons of War”: here is what it claims the US should be concerned about.

Among the most feared weapons is an improved version of the Varshavyanka-class (Project 636.3) submarine (NATO reporting name is Improved Kilo-class). It is a multipurpose, low-noise and highly maneuverable submarine.

Armed with 18 torpedoes and eight surface-to-air Club missiles, Project 636.3 submarines are mainly intended for anti-shipping and anti-submarine missions in relatively shallow waters. They have an extended combat range and can strike surface, underwater and land-based targets.

Submarines produce a low acoustic signature and, therefore, are most suitable for littoral warfare where their presence can be easily masked against the shallow sea bed.

Four of the six submarines, the Novorossiysk, the Rostov-on-Don, the Stary Oskol and the Krasnodar have been already been launched.

The last two submarines, the Veliky Novgorod and the Kolpino are to join the fleet by 2016. The submarines are built for Russia’s Black Sea fleet, allowing it to protect the country’s interests in the Mediterranean.

Another Item on the List is the Type 677 Lada-class, also Referred to as the Petersburg-class Submarine.

This one is a successor to the Kilo-class, but its displacement is almost half that of the Varshavyanka. However, its array of armaments is unusually large. In addition to traditional mine and torpedo weapons (six 533-mm torpedo tubes, 18 torpedoes or mines), Project 667 is the world's first non-nuclear submarine to be equipped with specialized launchers for cruise missiles (ten vertical launchers in the middle part of the body). These cruise missiles can be both tactical and long-range missiles designed to destroy strategic targets deep into enemy territory.

The Ladas are designed to defend coastlines against ships and other submarines, perform intelligence, provide surveillance and reconnaissance missions, and act as a mother ship for special forces.

The most important feature of the submarine is the new air-independent propulsion plant. With these power plants, a Lada submarine  be submerged for up to 25 days, that is almost ten times longer than Project 636.3, and will be even less noisy.

The first submarine of this generation, the B-585 Sankt Peterburg, is now undergoing a trial operation, but subsequent vessels have been heavily re-designed.
The B-586 Kronstadt is set to join the Navy in 2017 and the B-587 Velikiye Luki – in 2018.

The Borei class is set to replace ageing Russian Delta III, Delta IV and Typhoon class ballistic missile submarines and will form the core of the Russian naval deterrent.

The Borei class submarine carries 16 Bulava submarine-launched ballistic missiles; each is a naval version of theTopol-M,(NATO Designation SS-N-30) and is equipped with 6-10 thermonuclear warheads, for a total of 96 to 196 warheads per submarine.

This ballistic missile has a range of 8,000 km and The National Interest is concerned that this means submarines in the Barents Sea and Sea of Okhotsk—where the Russian Fleet hides its ballistic missile submarines—could reach any point in the continental United States.

Three of the class, the Yury Dolgoruky  (K-535), Alexandr Nevsky (K-550) and Vladimir Monomakh,  are currently in service.

By 2020,the Russian Navy plans to operate a total of eight Borei class ballistic missile submarines.

The vessels are expected to serve with the Northern (Atlantic) Fleet and with the Pacific Fleet.

This Russian vessel will have a very specific purpose: landing marines on hostile shores.

Each Gren will have a cargo capacity of 13 tanks or 36 armored personnel carriers, as well as up to 350 troops. The class will also feature a helicopter deck.

Six Ivan Gren-class ships are planned, and are likely to be distributed evenly among the Northern/Baltic, Black Sea, and Pacific Fleets.

The cancellation of the purchase of French Mistral helicopter carriers, the magazine fears, is likely to prompt Russia to build more of the ships, which would not be subject to any foreign sanctions.

Not much is yet known about the carrier, which is still under development. It is set to weigh 100,000 tons, as much as a modern US supercarrier, and carry up to 100 aircraft. The Krylov State Research Center has made a small model of the vessel, which features an angled flight deck, three aircraft elevators, a split, two structure bridge and ski jumps to assist takeoffs.

The air wing for the carrier appears to consist of a navalized version of the new PAK-FA 5th generation stealth fighter with folding wings, MiG-35 multi-role naval fighters, Kamov helicopters and an airborne early warning aircraft similar to the E-2D Hawkeye. Given advances in unmanned aerial vehicles, it seems likely UAVs will form part of any future Russian air wing.