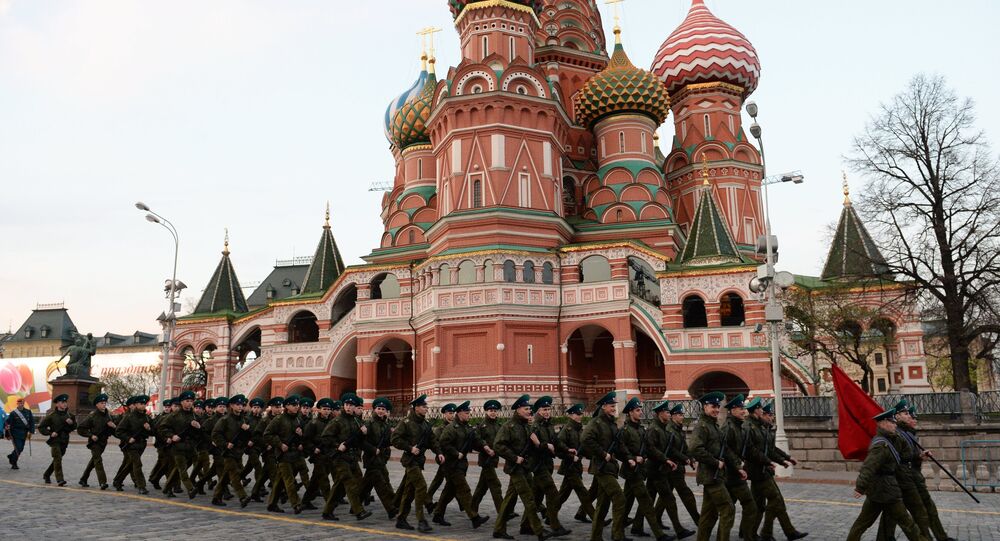 Francois Asselineau, head of French eurosceptic Popular Republican Union party, said that he is saddened by the fact that France and other European countries refuse to pay homage to those who died in World War II.

SEVASTOPOL (Sputnik) – The majority of French people do not support the decision of many European leaders to not attend the parade in Moscow to commemorate the 70th anniversary of victory over Nazi Germany, head of eurosceptic Popular Republican Union party said Friday.

"We really regret and are very saddened by the fact that France and other European countries refuse to pay homage to those who died in the awful years of war of 1941-1945 against the Nazi barbarianism… The majority of people in France do not support this point of view of the governments," Francois Asselineau said during a press conference in Crimea's Sevastopol.

© Sputnik / Grigoriy Sisoev
French Senator Reproaches EU Leaders for Moscow Victory Day No Show
Asselineau stressed that the French delegation headed by him has arrived in Sevastopol to honor those who died during the war where the Soviet Union lost around 27 million people.

Moscow has sent invitations to many world leaders to the Victory Parade on May 9, commemorating the 70th anniversary of victory over Nazi Germany. Several European leaders, including UK Prime Minister David Cameron and Swedish Prime Minister Stefan Lofven, declined the invitation, accusing Russia of involvement in the Ukrainian crisis.