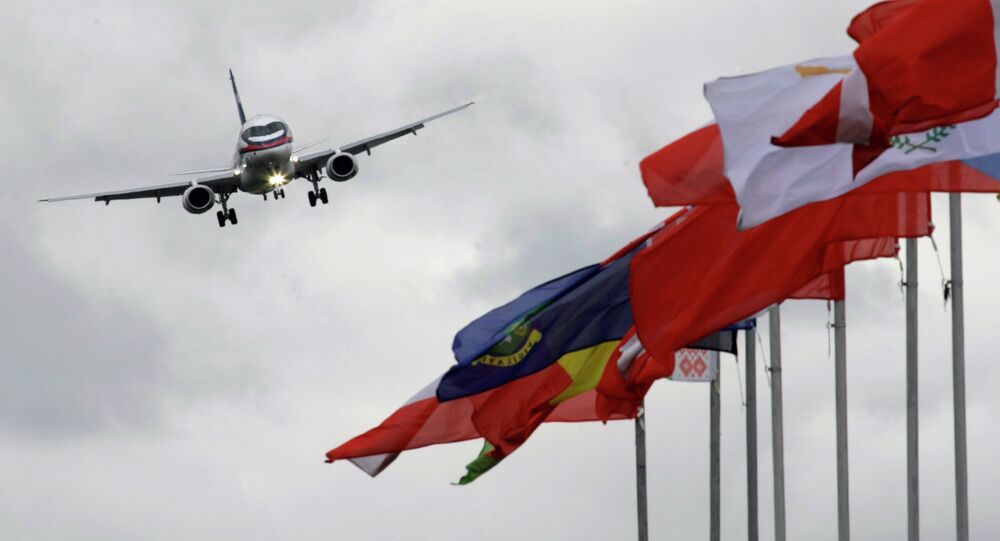 Russia and China have signed an agreement to create a leasing company which will promote the sale of Russian Sukhoi Superjet-100 (SSJ-100) passenger planes to the Chinese and South-East Asian markets over the next three years.

The agreement was signed during Chinese President Xi Jinping's visit to Moscow, which began on May 8, according to the UAC's press release.

The consortium of investors will include the Sukhoi Civil Aircraft Company, the UAC, the Russian-Chinese Investment Fund, the Management Committee of the Xi'an District and the Chinese company New Century International Leasing.

The headquarters of the leasing company will be located in the Russian-Chinese industrial park in the city of Xi'an of Shaanxi Province, believed to be the capital of China's aviation cluster. The city administration pledged to contribute to the creation of the necessary infrastructure for receiving and maintaining  SSJ100s.

© Sputnik / Sergey Pyatakov
Mexican Airline to Order Ten More Russian Sukhoi Superjet-100 Planes
According to the agreement, the new structure is due to acquire up to 100 SSJ-100 aircraft worth about three billion dollars in the next three years.

The UAC pointed out that the volume of the contract is "more than twice the total number of the aircraft, which have been delivered to the customers."

The Sukhoi Superjet 100 is capable of carrying between 75 and 95 passengers at a distance of 4,550 kilometers. The jet's maiden flight was performed in May 2008.