Xi Jinping arrived on Friday to Moscow to attend the Victory Parade and to hold talks with Russian President Vladimir Putin. 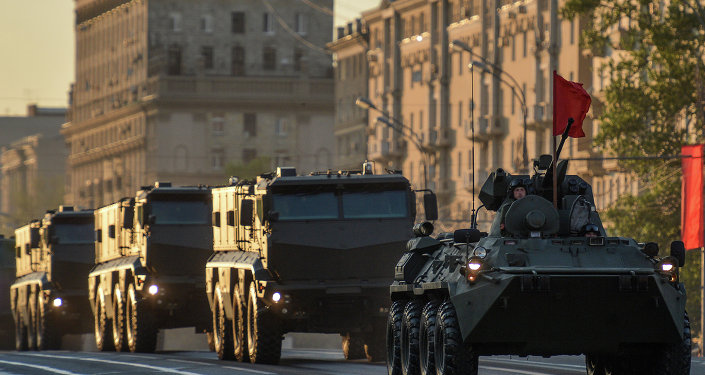 According to official information from the Chinese Foreign Ministry, Xi plans to meet with Putin on his first day of his visit, and will meet with Russian Prime Minister Dmitry Medvedev on Saturday. He will also attend the Victory Parade on Red Square on Saturday.

On April 29, Chinese Ambassador to Russia Li Hui told Sputnik that Chinese People's Liberation Army was going to take part in the military parade in Moscow.

The same month, Russian Foreign Minister Sergei Lavrov announced that Xi Jinping had invited Putin to visit China in early September when the country will mark the 70th anniversary of World War II victory over Japan.

According to Russian presidential aide Yuri Ushakov, the heads of 27 states and governments are expected to be present at the large-scale Victory Day parade in the Russian capital on May 9.

“There will be a joint statement, which will be signed by the heads of state on cooperation in combining the development of the Eurasian Economic Union and the Silk Road economic project,” Peskov told journalists.

Chinese Leader Xi Jinping to Visit Kazakhstan in Early May