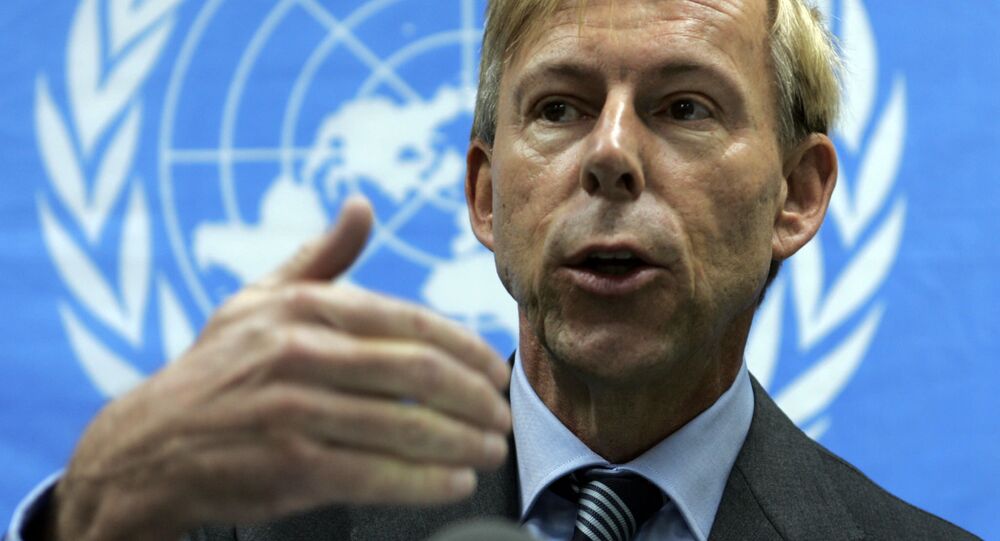 A Swedish official from the UN's agency dealing with refugees who was put on administrative leave last month for leaking a child abuse-related report to France, has been reinstated by a UN tribunal.

© Sputnik / Dmitriy Vinogradov
Official 2014 Refugee Figures to Hit All-Time High - UNHCR
A UN tribunal has ordered the reinstatement of Sweden's Anders Kompass from the Office of the United Nations High Commissioner for Refugees (UNHCR), who was suspended last month after he leaked a secret report to France related to alleged child abuse by French soldiers dispatched to the Central African Republic in 2014, sources said.

The tribunal's ruling was announced earlier this week, and Kompass "has thus resumed his service", according to a spokesperson for the UNHCR.

Despite the reinstatement, Kompass will remain subject to an internal UN inquiry due to accusations that he disclosed confidential information without being allowed to do so.

"We remain extremely concerned that copies are circulating of the confidential, unredacted preliminary notes of the interviews with the children," the UNHCR spokesperson said.

The UN tribunal said, in turn, that the investigation will not be affected by Kompass being reinstated.

A director of operations at the UNHCR, Kompass was suspended on April 17, 2015 after he spoke with a French diplomat about the report that was allegedly received by Kompass in mid-July 2014.

© AP Photo / Pontus Lundahl
Thousands of Migrants 'Disappear' in Sweden After Deportation Orders
He said that shortly after, he spoke to one of his superiors about the matter and then passed a copy of the report to the French authorities.

However, the UN denies Kompass' allegations, saying that the UNHCR was only briefed on the leak in March 2015.

The report pertains to the alleged sexual abuse of several children who begged for food at a center for displaced people near the airport of the Central African capital Bangui; the abuse occurred between December 2013 and June 2014.