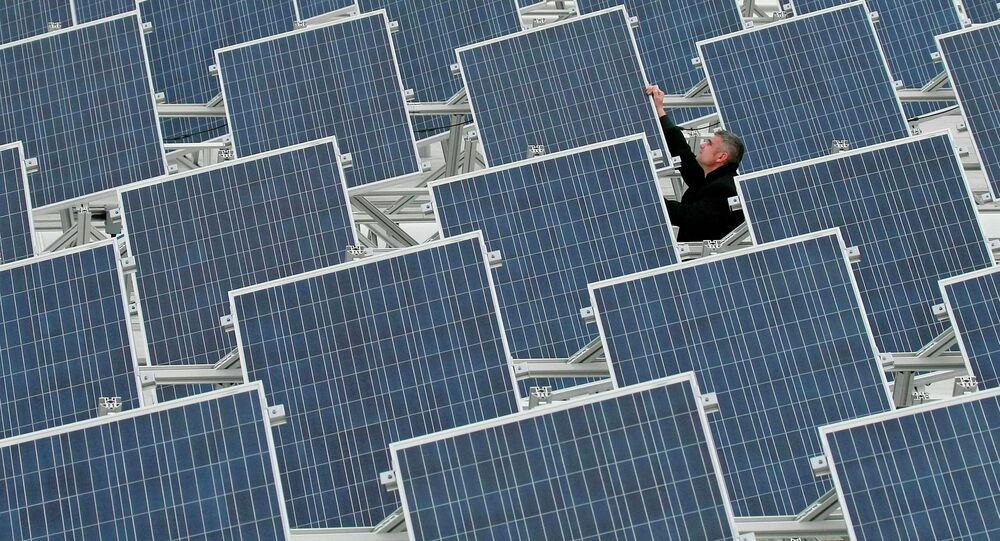 Annual Energy Security Summit to Kick Off in Berlin

The two-day event, titled "Crises and Prices: Energy Security Amidst Multiple Uncertainties," will be headed by Wolfgang Ischinger, MSC chairman and former ambassador to the United States.

© AP Photo / NASA/file
Dark Side of the Force: NASA Hopes to Unravel Secrets of Dark Energy
MOSCOW (Sputnik) — The third annual Energy Security Summit is due to kick off Wednesday in the German capital of Berlin under the aegis of the Munich Security Conference (MSC).

The two-day event, titled "Crises and Prices: Energy Security Amidst Multiple Uncertainties," will be headed by Wolfgang Ischinger, MSC chairman and former ambassador to the United States.

The summit is expected to attract decision-makers from the worlds of politics, business and science, according to its co-organizers, the German newspaper Frankfurter Allgemeine Zeitung.

The event aims to analyze the current political and strategic challenges, focusing on ways to diversify energy supplies with the help of green technologies, as well as the "new order of energy policies and markets."

The meeting will have some high-ranking policymakers, including Oman's minister of oil and gas, Azerbaijan's minister of energy, and Iran's minister of petroleum, the EU commissioner for energy union, as well as a host of lawmakers, chief executives and functionaries from Germany and abroad.

The Wednesday meeting's keynote speech will center around the European Union's ambitious goal of creating an Energy Union, its potential benefits and the biggest challenges.

More in-depth debates will be held on Thursday, with political and industry heavyweights discussing energy implications of the Ukrainian crisis, the impact of low oil prices on crude producers, and the viability of investment in renewable energies.

The discussion will likely be dominated by Europe's energy ties to Russia, which supplies around one third of EU energy. The summit's participants will try to define the "best policy mix of a strong stance and engagement" toward Moscow, and look at "promising diversification avenues" for the region.

Souring relations between Russia and Europe over the conflict in Ukraine have prompted Brussels to actively look for new sources of energy.