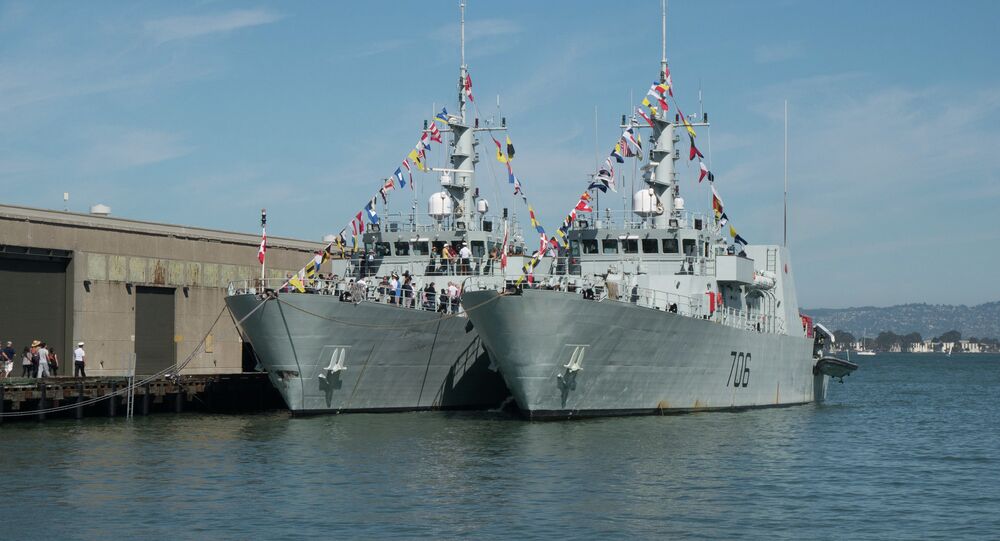 In the ever amplifying race for domination of the world’s oceans, the Canadian government had set aside a small fortune to upgrade its navy. But after a series of snags, Ottawa may be forced to pay an even larger sum on even fewer ships.

The original plan proposed by the Conservative government in 2010 was to spend $21.5 billion (C$26.2 billion) replacing 12 frigates and three destroyers. These retiring vessels would be replaced with 15 modern warships.

But according to officials, that original fleet estimate has been downgraded to "up to 15 vessels," and while the exact number of new ships being built is not known at this time, they will likely end up costing more than the projected cost.

The estimated starting cost is now $21.5 billion, according to Business Insider.

"Do we think that the C$26.2 billion is going to become the sort of ceiling cost in the time frame we’re talking about? Perhaps not," an anonymous official told Reuters. "We do have to constrain this. Do we land with fewer ships, as is happening with our allies?"

Once the red tape is settled, the new fleet will be built by Irving Shipbuilding. Construction will be a gradual process, ending in 2040.

Adding to complications is the project’s start-date.  While current estimates indicate that construction will begin in the middle of the coming decade, that timeframe has its own obstacles. For one, the shipbuilding port in Halifax has to be upgraded. The Canadian government has already invested $500 million into that endeavor.

Even once those shipyard upgrades are complete, the government has other naval contracts that have to be fulfilled. A new fleet of Arctic patrol ships must be completed before the warships can be built, and that project, too, has run over budget. With an original estimate of $3.1 billion for six to eight patrol ships, the government has now lowered its expectations, building five or six ships.

Even though fewer patrol ships are being built, that price tag has increased to $3.5 billion.

The mess seems to be a pattern for the Canadian military. The government had also proposed a C$9 billion deal in 2010 which would replace the ageing CF-18 fighter jets with 65 F-35s. That project was abandoned in 2012 after Canadian officials were caught lying about the program’s true costs.

The cancellation may have been fortuitous, as the F-35 has had an infamous number of setbacks. Independent probes have found crippling problems in the jet’s maintenance systems, flight maneuverability, and even, most recently, its engine.

Similarly, the US has also had its own naval budget problems. Last week, the US House Armed Services Committee’s Seapower and Projection Forces subcommittee proposed new legislation which would cut down on the time that Navy ships could be out of service for upgrades.