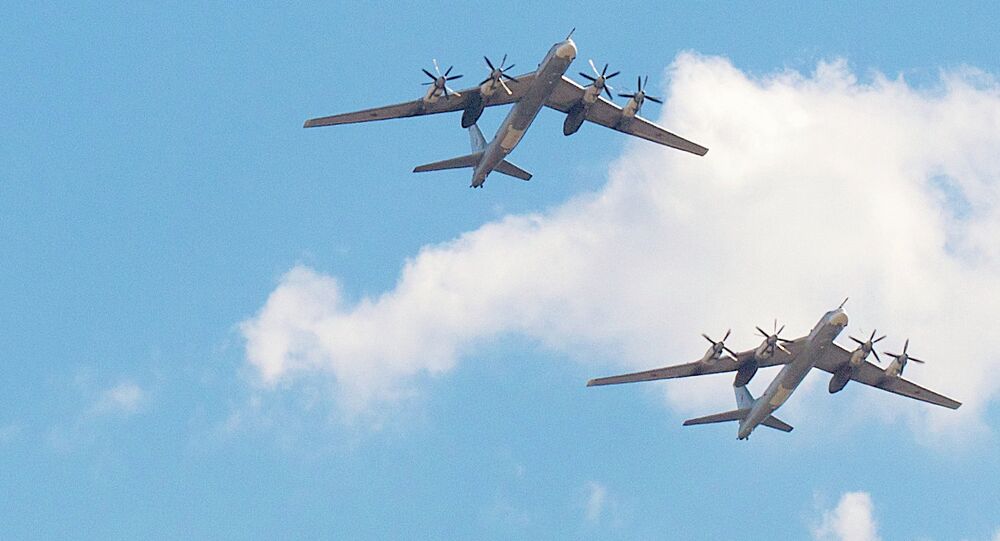 The US Department of Defense has claimed that two Russian nuclear-capable bombers intruded into the US air defense zone near Alaska last week, according to the Washington Free Beacon website.

The Free Beacon reported that the Tu-95 Bear H bombers allegedly intruded into the Alaska zone on April 22.

However, no US interceptor jets scrambled to shadow the bombers, according to defense officials familiar with the situation.

A Russian embassy spokesman did not return an email seeking comment on the matter, the Free Beacon said.

For his part, Navy Captain Jeff Davis, a spokesman for the U.S. Northern Command and North American Aerospace Defense Command (NORAD), declined to confirm the incursion, also saying that no attempts were made to intercept the Tu-95s.

According to the Free Beacon, last week's incident was the first alleged Russian bomber incursion of a US or Canadian air defense zone this year.

The latest incident comes more than three weeks after the intercept of a US RC-135 reconnaissance plane by a Russian jet over the Baltic Sea, something that the Pentagon described as "unsafe" and "unprofessional".

However, the Russian Defense Ministry denied any wrongdoing on the part of its pilots, saying that the US plane had been "steadily moving towards the Russian state border."