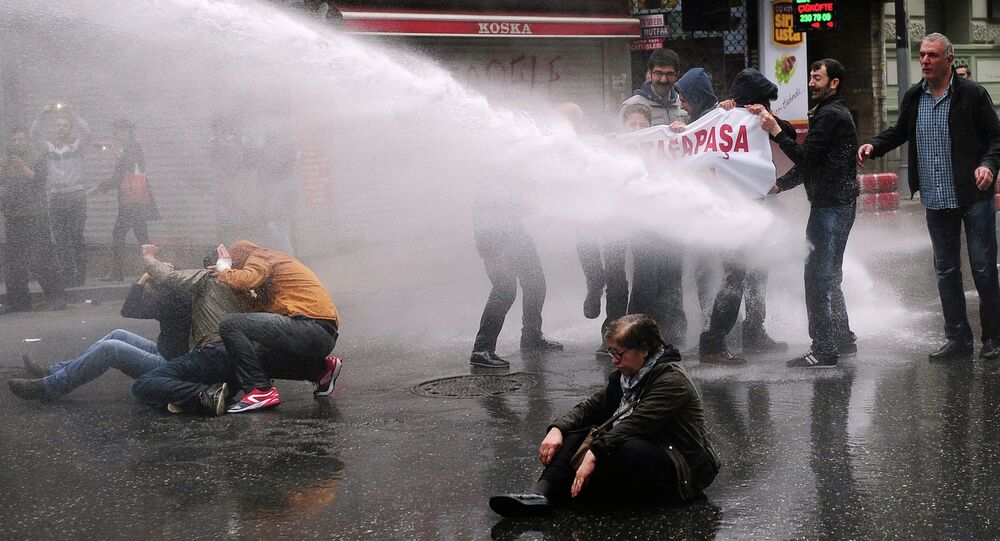 Turkish Police Crack Down on May Day Protesters in Istanbul

MOSCOW (Sputnik) — Several demonstrators were detained on Taksim Square in downtown Istanbul, after they reached it by ignoring a police blockade in place for May Day, according to local media.

On Wednesday, the Istanbul Governorate declared that Taksim Square would be closed to the public on May Day for security reasons, after major protests broke out there on the holiday in 2013 and 2014, which led to weeks-long anti-government unrest across the country.

President Recep Tayip Erdogan's security law, adopted in January, has been condemned by the opposition, which considers it to be stifling anti-government protest.

The legislation expands police powers, authorizing them to search people when there are "reasonable doubts" and detain them for an indefinite amount of time.

Istanbul Justice Palace to Be Named After Prosecutor Killed in Attack