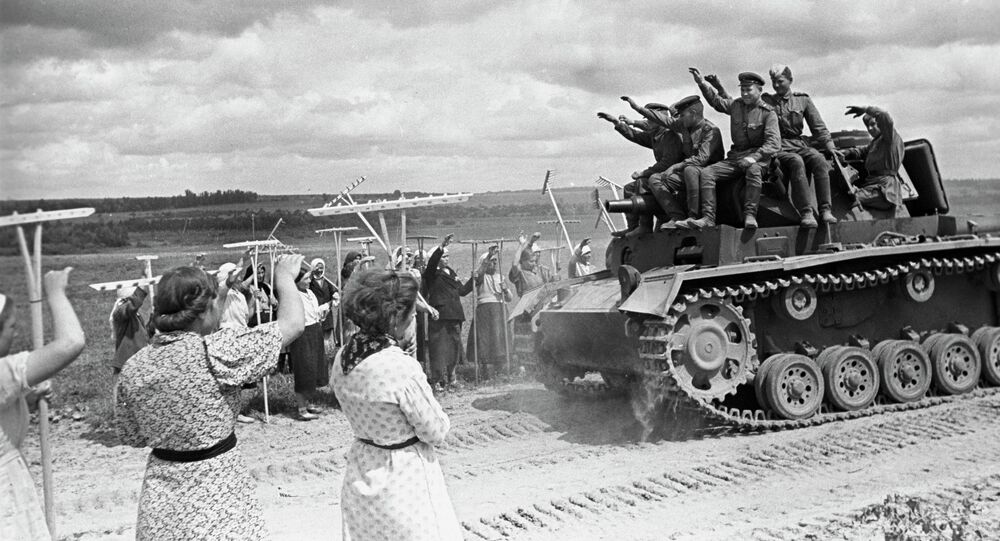 The former US assistant secretary of state for intelligence and research Toby Gati said that the difference is for West the WWII is history, and for Russia it is a current event.

© Sputnik / Loskutov
Veterans Urge Europe to Remember Soviet Union Contribution in WWII Victory
WASHINGTON (Sputnik) – The Second World War is receding into history for most of the world, including the United States, but not for Russia, the former assistant secretary of state for intelligence and research told Sputnik.

"The difference is for us the WWII is more and more history, and for you [Russia] is a current event," Toby Gati said. "A lot of people remember Victory Day and are very grateful, but it's not today's event in other countries as much as it is in Russia."

What's the main cause of the current misconceptions over WWII?
Voted: 32
All polls
Up to 24 percent of those EU citizens polled failed to say who played the major role in changing the course of the war.

Gati stated that the figures "shocked" him and he expressed a certainty that this is not the case in the United States.

"A lot has happened since then, and you can't blame people for remembering events that are closer to today than they are to the past," she said. "I don't think anyone here downplays the role of the Soviet army."

"I think the Soviet Army role in WWII should never be forgotten," Gati concluded.