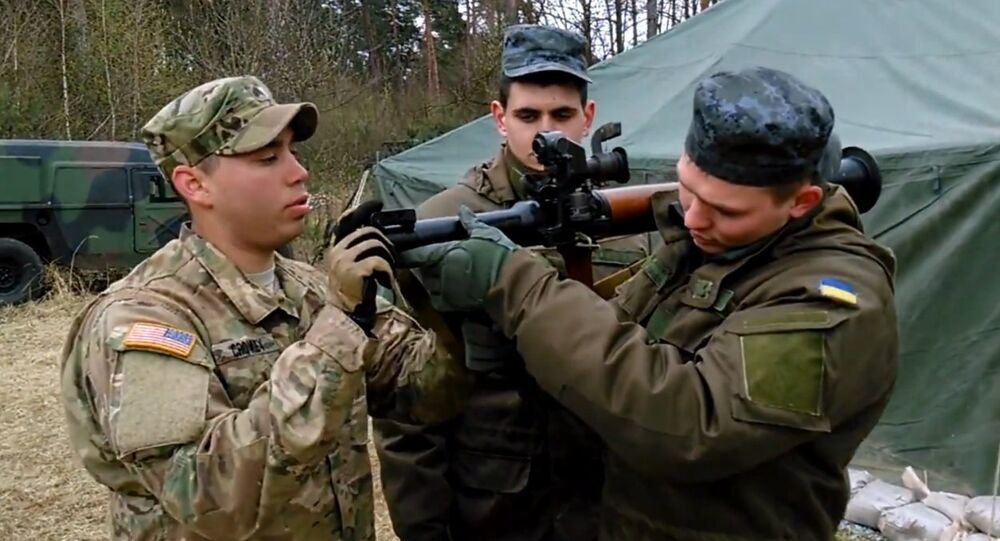 While Ukraine continues to claim that its officers will mostly learn “the skills, not weapons” the US military is using in operations worldwide, videos and pictures reveal quite the opposite: instead of these skills, it is the weapons the US paratroopers are teaching Ukrainians to use. Interestingly enough, they are mostly Russian-made guns.

© Flickr / U.S. Army Europe Images
US Paratroopers Ready Ukrainian National Guard for War With Fellow Countrymen
“Wars are won with skills, not weapons,” this revelation from Ukraine's Interior Minister Arsen Avakov came at the opening ceremony of the Ukrainian-US command post exercise in the Yavoriv district of the Lviv region on Monday.

"The US special task force has experience it has received in operations worldwide, and we want to use this experience,” he stressed.

The video which was released, however, reveals that instead of sharing their skills, the US paratroopers teach Ukrainian servicemen precisely how to use weapons. Specifically: where to look, where to shoot and what button to press.

It remains to be seen where Ukraine intends to “use this experience”.

As part of the six-month Operation Fearless Guardian, 290 paratroopers from the US army’s 173rd Airborne Brigade started joint exercises with 900 Ukrainian soldiers in Yaroviv on Monday.

The exercise will last until November 2015.

The 173rd Airborne led war games with soldiers from Ukraine, the UK and several former Soviet republics in Yavoriv in September, but this marks the first long-term training program.