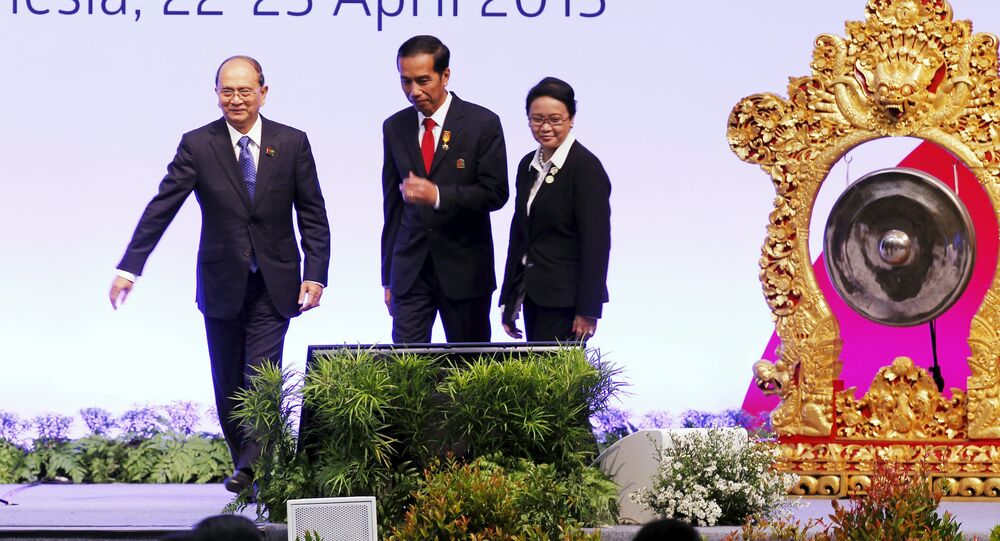 Indonesia's President Joko Widodo urged for the creation of a new global economic order that he said would not rely on the world’s three main multilateral lending institutions.

© Sputnik / Alexei Nikolsky
World Order Based on Attempts to Deter Russia Unacceptable - Putin
A new global economic order should not be based on the world’s three main multilateral lending institutions, Indonesian President Joko Widodo told the 2015 Asian-African Summit in Jakarta.

He said that those who still think that global economic problems can only be resolved through the World Bank, the International Monetary Fund (IMF) and the Asian Development Bank (ADB) are clinging to "obsolete ideas".

"The idea that the world’s economic problems can be solved only through the World Bank, the IMF and the ADB is obsolete and must‎ be abandoned.There needs to be change. It's imperative that we build a new international economic order that is open to new emerging economic powers," Widodo said.

He also called for the early reform of the world's economic architecture in order "to avoid the domination of certain groups of countries."

© Fotolia / Alexey Belikov
Russia Offers Indonesia Mutual Transactions in National Currencies
The IMF and World Bank were known to be at the center of the post-World War Two financial order created by the United States and Europe at the Bretton Woods Conference in New Hampshire in 1944.

Separately, Widodo voiced his support for the reform of the United Nations, so that it can finally be turned into a "world body that puts justice for all of us before anything else."

The Jakarta gathering marks the 60th anniversary of the Bandung Conference, which contributed significantly to the Non-Aligned Movement.

BRICS in Brazil: Champions of the New World Order

UNESCO Envoy: “The New World Order Is a Dead End, It Leads to Tensions”