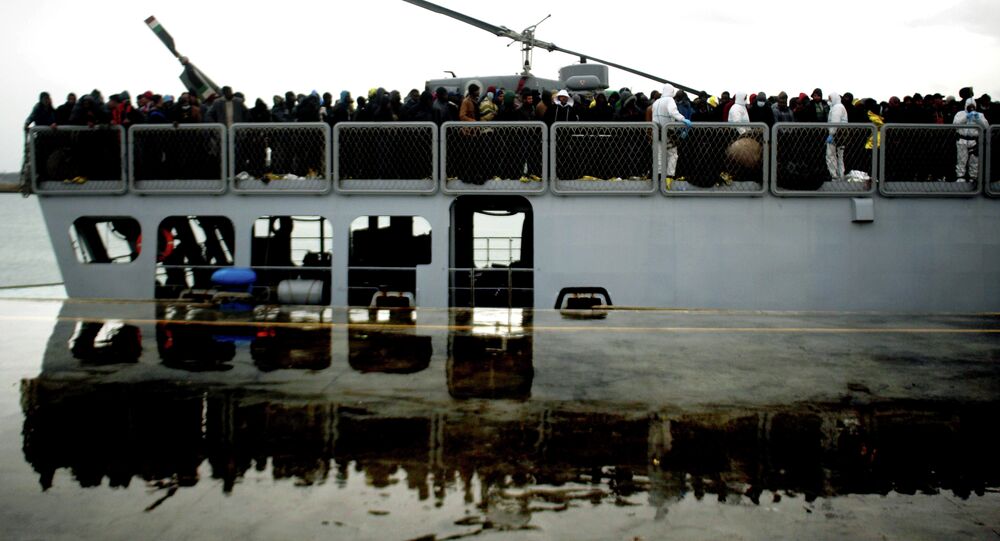 The PACE report noted a steady rise in neo-Nazi sentiment in Europe at the face of this wave of immigrants and asylum seekers from Syria and Libya.

STRASBOURG (Sputnik) — The outflow of refugees from crisis-stricken Libya and Syria fuels xenophobic sentiment in Europe where people are led to believe they are under migrants' siege, a draft report presented Tuesday at the Parliamentary Assembly of the Council of Europe (PACE) said.

Instability in Libya and Syria encourages "often irrational fears of invasion of migrants & asylum seekers in Europe," the Council of Europe said in a Twitter post.

Both countries have been engulfed in civil wars since 2011. In recent years, they found themselves under attack of Islamist insurgents vying to create a Sharia-law governed caliphate on the controlled territories. Hostilities have forced thousands to flee for European safe havens, with many losing their lives in desperate attempts to cross the Mediterranean in dinghy boats.

How do you think the Mediterranean migrant crisis should be handled?
Voted: 2
All polls
The PACE report noted a steady rise in neo-Nazi sentiment in Europe at the face of this wave of immigrants and asylum seekers. It pointed to the increased influence of social networks that have proven effective in breaking down "defences create by society against racism."

The report cited Germany's "anti-Islamization" group Pegida in Dresden, which it said associated crime and economic problems with foreigners. It also indicated that xenophobes now refer to a "hierarchy of cultures" to justify bigotry, shifting away from the previous discourse about race.

Pegida's fearful polemic struck a chord with some Germans and also other Europeans, unhappy about a rising influx of refugees and what they regard as the growing impact of Islam on Europe's cultural identity.