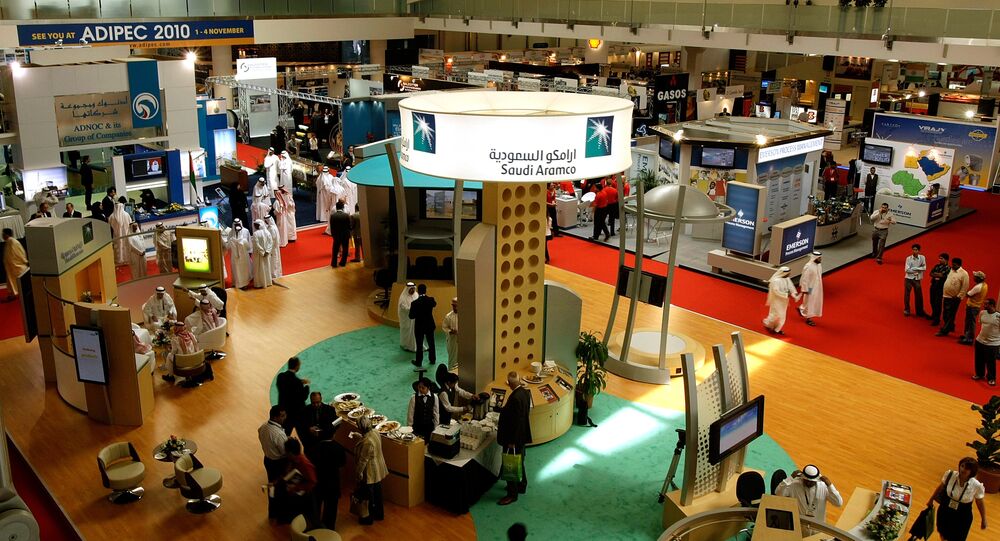 High-ranking board members of the Saudi Arabian Oil Company, the world's largest crude exporter, are set to hold an annual offsite board meeting in Seoul. Prior to the gathering, the top officials had visited one of the world’s largest shipbuilders, South Korean Hyundai Heavy Industries, with plans to purchase up to 10 tankers.

The top Saudi Arabian government officials, the board members of the Saudi Arabian Oil Company, also known as Saudi Aramco, are set to have their offsite annual board meeting in Seoul.

It is the second time the world’s largest crude oil exporter is to hold its annual gathering in South Korea, the world's fifth-largest crude importer; it first did so in 2011.

© Flickr / Paul Lowry
Has Saudi Arabia Won in the Oil Price War Yet?
Aramco became the largest shareholder of South Korea’s S-Oil Corporation, after increasing its stakes to 63.4 percent in a 2 trillion won deal in January.

The visit of Saudi Arabian high-ranking officials comes at a time when Seoul has been seeking ways to expand economic ties with the Middle East for closer cooperation in energy and construction projects.

Prior to the meeting, Saudi Arabian Oil Minister Ali al-Naimi, Saudi Aramco CEO Khalid Al-Falih and other board members visited the headquarters of the shipbuilder Hyundai Heavy Industries, located in the city of Ulsan, about 300 km (185 miles) southeast of the capital Seoul.

© AFP 2020 / FILES/KIM JAE-HWAN
A file picture taken on May 6, 2005 shows a view of Hyundai Heavy Industries shipyard in Ulsan

The shipping arm of Saudi Aramco, National Shipping Company of Saudi Arabia (Bahri), hopes to buy up to 10 tankers, according to Reuters.

Saudi Arabia has been supplying more crude to Asian markets and Bahri has tendered to build 5 very large crude carriers (VLCCs) plus up to 5 optional vessels for 2017 delivery, the agency quotes one of its sources as saying.

The deal could be worth about $1 billion, which puts the price of the tankers of this size at $96.5 million.

The city of Ulsan is also the site of a refining complex operated by S-Oil Corp.