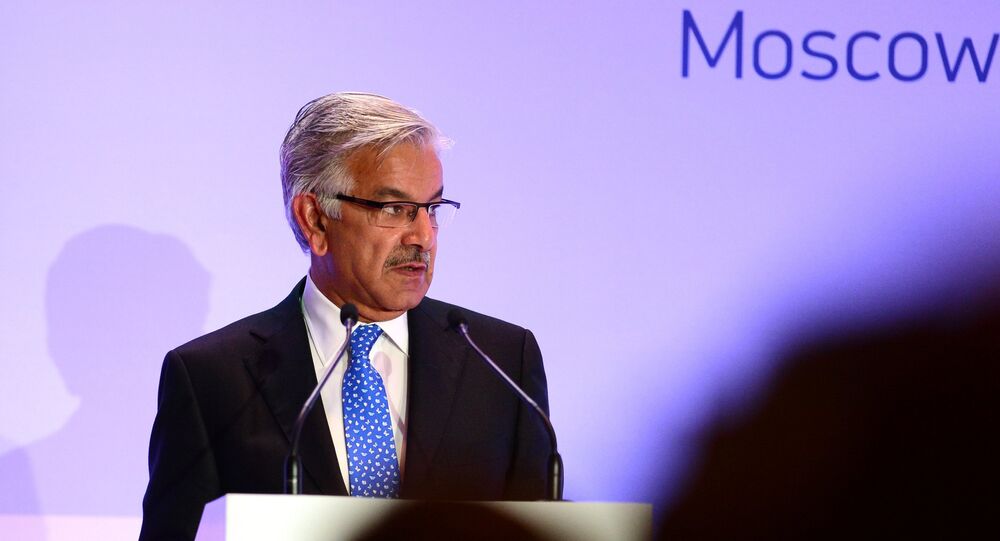 Russia and Pakistan agreed to enhance cooperation in both defense industry and military training, according to Pakistani Defense Minister Khawaja Muhammad Asif.

"We agreed to enhance cooperation in both defense industry and military training," Asif said after meeting his Russian counterpart, Sergei Shoigu.

Military ties between the two countries date back to the 1960s and 1970s when Pakistan imported defense equipment from the Soviet Union. In November 2014, Russia and Pakistan signed a deal on cooperation between their defense ministries.

© Sputnik / Sergey Kozlov
Pakistan, Russia to Agree Gas Pipeline Deal by May - Pakistani Minister
Asif is in Moscow to participate in the 4th conference on international security, to be held in the Russian capital on April 16-17.

The conference will bring together defense ministers from Russia, Pakistan, Armenia, Belarus, Kyrgystan, Tajikistan, Argentina, Indonesia, Iran, Serbia and South Africa, as well as heads of international organizations and nonprofits.

The event has been organized by the Russian Defense Ministry to rebuild trust in the military-to-military interaction between states and discuss joint efforts to counter terrorism.