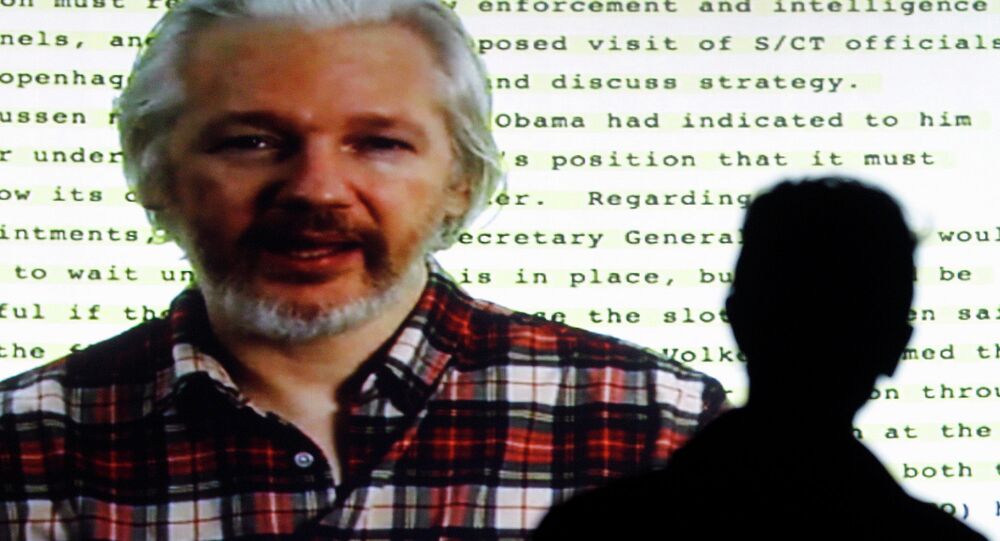 Russia "did the right thing: it didn't squeeze Edward Snowden. It acted in a formal manner. It protected him, which it has an obligation to do so under the 1951 Convention," Assange said via videolink from London following a screening of Terminal F, a new documentary about Snowden, at the Rossiya Segodnya press center in Moscow.

He added that Moscow "deserves credit" for supporting Snowden and "not succumbing to very intense diplomatic pressure from the United States, which was displayed and which cowed numerous other countries."

Assange also stated that he himself would have traded places with Snowden "to be free in Russia and have some type of movement internationally" if provided with an opportunity to do so. Assange, who has been wanted for alleged sexual assault in Sweden since 2010, currently lives in the Embassy of Equador in London.

Google Maps
Google Fail: Edward Snowden Pops In to the White House for a Visit
In 2013, after heaving revealed hundreds of classified documents on the NSA's worldwide surveillance programs, Edward Snowden fled the United States to Hong Kong and then to Moscow. He lived in the international zone of Moscow's Sheremetyevo airport for over a month, before receiving a one-year temporary asylum in Russia, which was later upgraded to a residence permit valid until 2017.

If deported to the United States, Snowden could face up to 30 years in prison.

The United Nations' 1951 Refugee Convention adopted by 145 states recognizes the right of a person to seek asylum from persecution in another country.