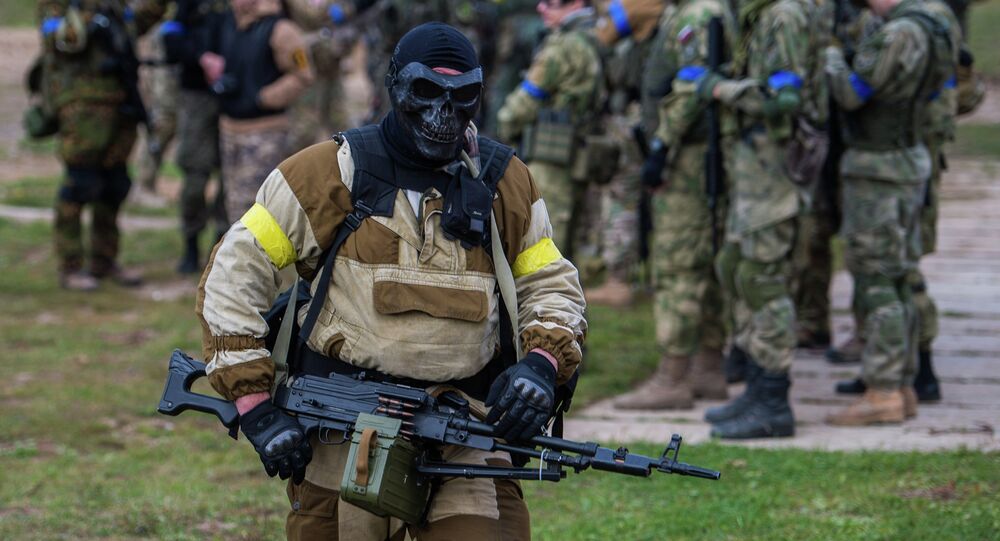 The Lithuanian State Security Department says the country’s airsoft clubs had been learning Russia’s military tactics while competing in Russia’s Kaliningrad region and hopes the skills of the game could be used in real warfare against Russia.

Lithuanian airsoft teams “have imitated the tactics of Russian special forces and have been training alongside Russian and Belorussian airsoft teams,” says the report of the Lithuanian State Security Department released on Monday.

Last year, airsoft teams from Lithuania took part in a tournament organized by the Russian Association of Veterans of Special Forces and Participants in Military Operations “Spetsnaz-Rus” in Russia’s Kaliningrad region, Lithuanian news website Delfi.lt quotes the report as saying.

© Photo : av-specnaz
The V International tournament on a straykbola "A way to the Victory"

The document also reveals that during the tournament the players have been training alongside military intelligence forces.

“During such tournaments the players are learning the military tactics of the Russian army which could be then used in real warfare with Russian armed forces,” says the report.

Airsoft is a game in which participants eliminate opponents by hitting each other with spherical non-metallic pellets launched via replica firearms called Airsoft guns.

Combat situations on the battlefield may involve the use of military tactics to achieve objectives set in each game. Participants may attempt to emulate the tactical equipment and accessories used by modern military and police organizations.

The guns used in airsoft are typically imitation firearms. They have a mechanism for shooting projectiles 6 mm or 8 mm in diameter.