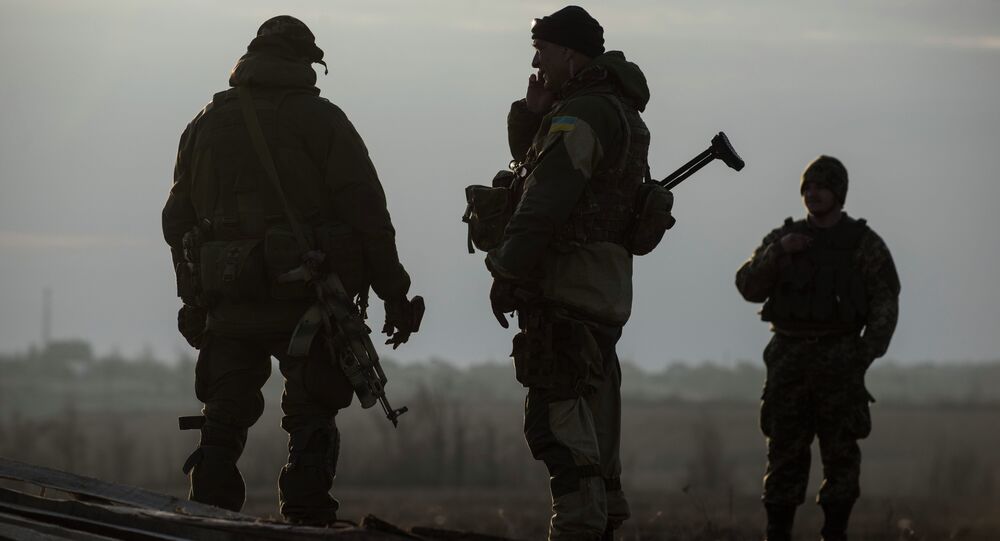 A well-known Ukrainian 'hacktivist' group, opposed to the Kiev government, has warned Donbass residents of possible provocations in the area in the nearest future and revealed an oversized list of international military inspectors who are set to come to Ukraine from April 12 to May 6.

Ukrainian hacking group CyberBerkut issued a warning of possible provocations to the residents of Donbass by the Ukrainian authorities on the borders with the self-proclaimed Donetsk and Lugansk People’s Republics.

The group has also posted a list of foreign military inspectors who are set to arrive in Ukraine for the period from April 12 to May 6.

CyberBerkut, however, notes that the team is too large for being that of inspectors and warns that the Ukrainian authorities and the West are not interested in the ceasefire in Ukraine and are actually looking for ways to escalate the military conflict.

Among the foreign names on the lists posted on the website of the group are residents of US, UK, Poland, Finland, Canada, France, Sweden, Switzerland, Norway and a number of other, mostly European,  countries.

Attached is also a copy of a letter from the Ukrainian Foreign Ministry signed by the deputy head of the ministry’s department on international security addressed to the country’s Internal Ministry, Security Service of Ukraine and the heads of 17 regions.

The document explains that a too large group of inspectors is to arrive in the country under the provisions of the 2011 Vienna Document On Confidence- And Security-Building Measures.

According to its provisions, the Vienna Document 2011 “was designed to increase openness and transparency concerning military activities conducted inside the OSCE's zone of application (ZOA), which includes the territory, surrounding sea areas, and air space of all European (Russia from the western border to the Ural Mountains) and Central Asian participating States. A variety of information exchanges, on-site inspections, evaluation visits, observation visits, and other military-to-military contacts take place according to VDOC11 provisions. In the case of the United States (and Canada), only military forces and activities inside the ZOA are impacted.”

The letter from the Ukrainian Foreign Ministry requests all necessary assistance is provided to the inspectors.