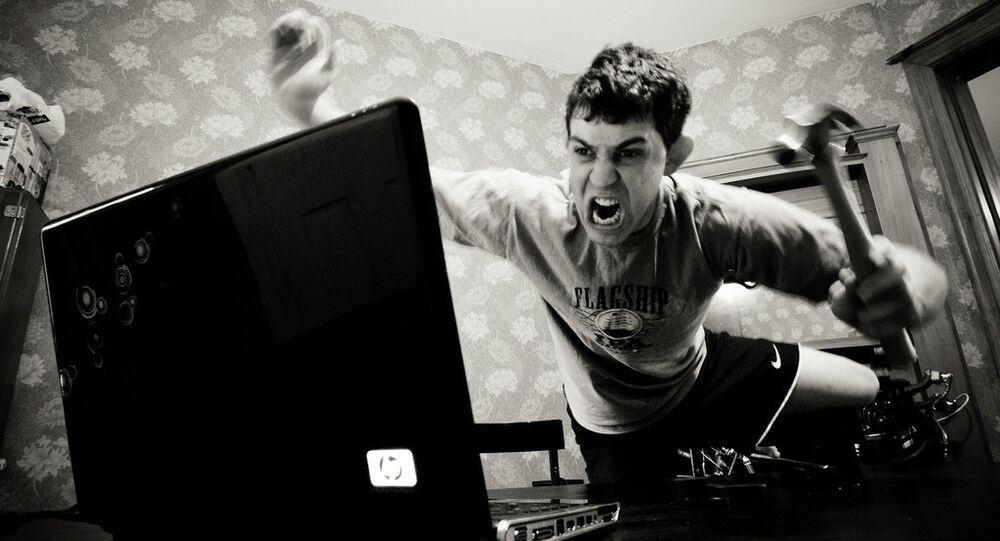 While issuing scary revelations about the alleged ‘Kremlin Troll Army’ operating online, ‘perpetuating a pro-Kremlin dialogue’, the US government's international broadcaster RFE/RL somehow forgot to disclose it is prepared to spend as much as $15.4 million of taxpayers’ money on its own digital media forces to battle phantom Russia in the media

© Sputnik / Aleksandr Utkin
It's Worse Than You Thought: The 'Kremlin Troll Army' Exposed
The US government agency Broadcasting Board of Governors (BBG) has filed its annual Fiscal Year Budget Request with the US Congress. This year its overall draft budget of $751.5 million requires some extra funding.

Among the notable areas which require intense investing is “Countering a Revanchist Russia”, for which it will allocate $15.4 million to battles in the blogosphere.

Interestingly enough, it is more than twice as much as the agency is prepared to shell out on “Countering The ISIL Narrative” ($6.1 million).

The reason for the big spending is the fear among the “US and its Western Allies” of an “aggressive Russia” which has had some success lambasting them in the social media, not to mention via TV and radio.

bbg
The US government agency Broadcasting Board of Governors (BBG) has filed its annual Fiscal Year Budget Request to the US congress.

“Over the past 15 years, Russia has been headed in the opposite direction, with authoritarianism and anti-Western policies that today threaten Russia’s neighbors and, by extension, the United States and its Western allies,” reads the document.

The US international media (USIM) is now set forth to “refute Russian propaganda” and influence the minds of “Russians and Russian-speakers in the former Soviet Union, Europe and around the world.”

For the purpose, BGG chose one of its broadcasters, RFE/RL (Radio Free Europe/Radio Liberty), headquartered in Prague.

bbg
Among the notable areas which require intense investing is “Countering a Revanchist Russia”, worth $15,4 million of taxpayers money

Though it still counts on TV broadcasting, as it is “by far the leading platform for news in Russia, the former Soviet space, and markets targeted by Russian propaganda around the world”, RFE/RL will extensively use “digital platforms to reach Russians in broadcast-denied zones, which are rapidly gaining in popularity for news, and offer new, creative opportunities to engage and connect audiences.”

© AP Photo / Carolyn Kaster
Russian ‘Propaganda’ Beats US, Washington Needs Media Reform - Congressman
The document echoes the concerns of the US Congress that the United States is "getting beat by Putin propaganda."

“Our nation is getting beat by Putin propaganda and our international broadcasting is floundering. It’s unacceptable,” Royce then stated in the release.

Royce stressed that BBG, a US federal agency responsible for supervising all government-supported civilian international media, must be reformed.

Meanwhile, Russian President Vladimir Putin once again topped the list of the world's most influential figures, this time chosen by the readers of Time magazine.

© Flickr / Flash.pro
How Low Can You Go? Western Europe To Begin Propaganda War With Russia
The annual public ballot on the world's most influential people, known as the Time 100, closed April 10 with Putin garnering the support of 6.95 percent of respondents, two thirds of whom live in the United States, Canada and the United Kingdom.

The Top 10, besides Putin, comprises a number of entertainers, including South Korean singer Lee Chae-rin, known by her stage name CL, pop stars Lady Gaga, Rihanna, Taylor Swift, and religious leaders, featuring the Dalai Lama and Pope Francis. A full list will be published on April 16.

US to Host International Discussions on Countering ISIL Propaganda