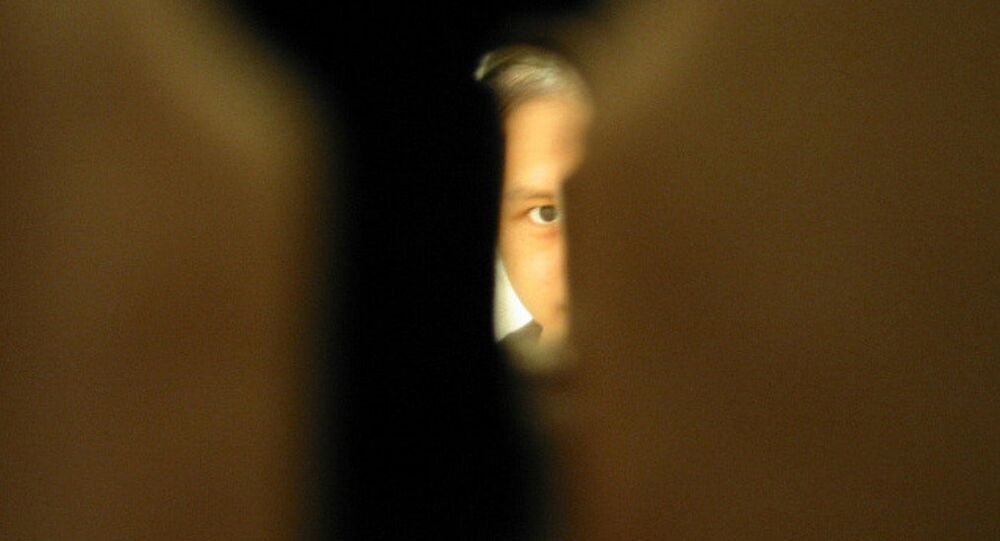 Estonia, the small former Soviet republic which lies to the west of Russia along the Gulf of Finland, is panic-stricken: its Internal Security Service has revealed that its Big Brother to the east is on the rise, searching for “non-traditional” ways to spy; the Service, however, has yet to contrive what those ways could possibly be.

© AP Photo / Mstyslav Chernov
US Uses Ukraine Conflict to Get Intelligence on Russian Military Technology
“Hostile Russian intelligence takes keen interest in every 2015 event in Estonia: its parliamentary elections, the formation of a new government, the stationing of the military contingent of its allies, all the moves of Estonia itself and its EU and NATO partners,” says the country’s news website, Postimees.ee.

“Along with the growth in interest, there is an inevitable growth in intelligence against Estonia and its residents,” supposes KaPo’s analytical department.

“As the formal relations with the Russian Federation are cooling down, it is feasible that tense surveillance in non-traditional forms will start,” the same department supposes.

While the analytical department is there to analyze and to warn, it decided against explaining what these “non-traditional” forms could possibly be.

It however warned that the majority of the activity of Russia’s intelligence is directed at “seeding distrust and divisiveness within the coalition of Western countries throughout the previous year, especially in connection with the invasion of Ukraine.”

“Among the measures used by the Russian intelligence for higher results there is an influence on the leaders of public opinion, pressure on political elite from the business circles, use of mass media for voicing Russia’s major foreign policy ideas and provisions,” the website quotes the KaPo report as saying.

“Among the vivid examples of such activity is the leakage of the phone conversation between the Estonian foreign minister and a high-ranking EU official on foreign policy and security, [which was] broadcasted by the Russian propaganda channel Russia Today,” it adds.

The 11-minute call between the EU's foreign affairs chief Catherine Ashton and her Estonian counterpart Urmas Paet was made on February 25, 2014 in the aftermath of a massacre that occurred during the Euromaidan unrest.

The telephone call between Estonia’s foreign minister and an EU chief suggested that the sniper killings in Ukraine had been ordered by the new coalition.

During the call, Paet claimed that a doctor, named Olga, had told him both protesters and police were shot by snipers during clashes in Kiev, allegedly on the orders of the-then opposition to former President Yanukovich.

The recording was posted on YouTube and picked up by the Russian media.

Among other examples cited is the honest confession former KaPo employee Uno Puusepp gave to a Russian TV channel. KaPo says one of the aims of the broadcast was to discredit Estonia’s security services on the international arena.

In December 2014, Russia’s secret service revealed that it had had a sleeper agent inside KaPo for 15 years.

A documentary titled “Our Man in Tallinn” showed Uno Puusepp confessing to having fed Russia secrets from within the wiretap department of Estonia’s KAPO secret service between 1996 and 2011.

KaPo claims that spy agencies rarely make such a disclosure