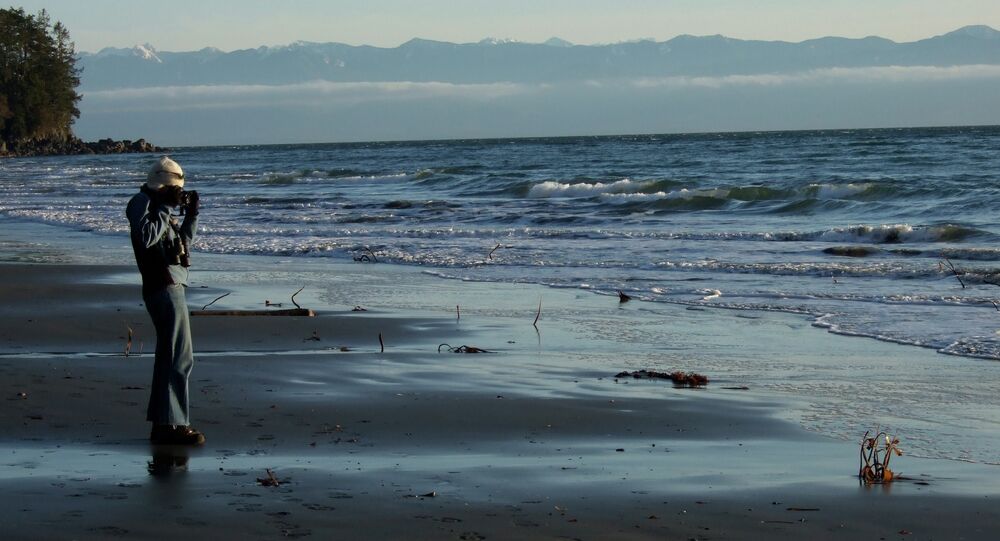 Scientists have, for the first time, detected low levels of radiation from the 2011 Fukushima nuclear power plant disaster along the North American shoreline.

© AP Photo / Shizuo Kambayashi
Atomic Experts to Visit Fukushima in April to Check Contaminated Water
Trace amounts of Cesium-134 and Cesium-137 have for the first time been discovered in samples collected off the coast of the town of Ucluelet, located on Vancouver Island in the Canadian province of British Columbia, according to scientist Ken Buesseler of the Woods Hole Oceanographic Institution.

"Radioactivity can be dangerous, and we should be carefully monitoring the oceans after what is certainly the largest accidental release of radioactive contaminants to the oceans in history," Buesseler said, referring to the Fukushima disaster, the world's worst nuclear power plant accident since Chernobyl in 1986.

At the same time, he added that the "levels we detected in Ucluelet are extremely low," which is why he said they do not pose a significant threat to human or marine life.

© Photo : GEOEYE, "Scanex"
Japan Doesn't Know What to Do With Waste From Fukushima Nuclear Accident
In November 2014, the Woods Hole Oceanographic Institution detected radiation from the Fukushima disaster nearly 100 miles (161 kilometers) off the coast of Northern California, but no radiation has yet been detected any closer to US shores.

Buessler said that low cesium levels may finally reach Washington and proceed to California, but added that "predicting the spread of radiation becomes more complex the closer it gets to the coast."

In March 2011, an earthquake-tsunami disaster rocked the Fukushima plant, 130 miles (209 kilometers) northeast of Tokyo, triggering nuclear meltdowns at three reactors and leaking radioactive material into the ocean. More than 160,000 residents have been displaced.