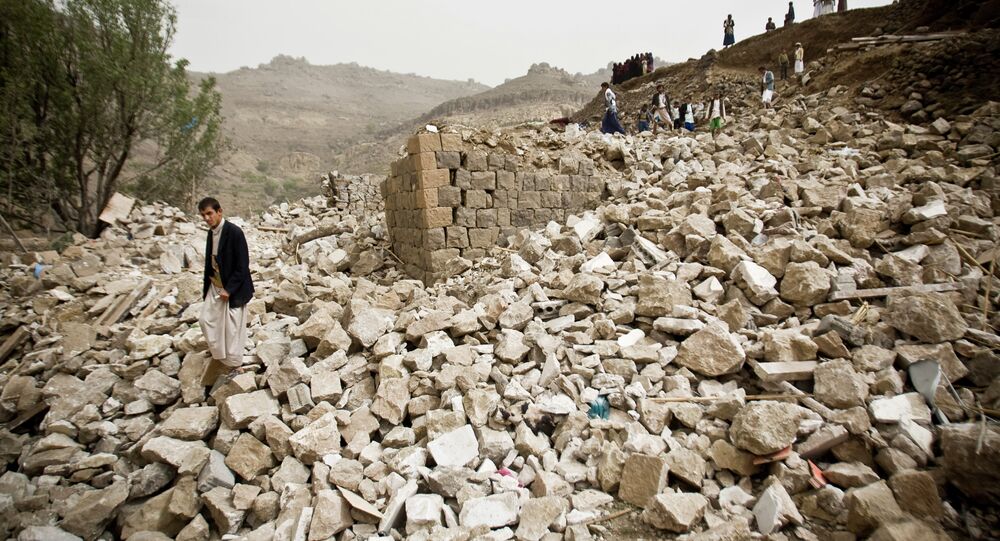 Russian Foreign Minister Sergei Lavrov said that the Saudi Arabian-led air operation targeting the positions of Houthi rebels in Yemen has no international legal foundations for its actions.

"As of now it [the Saudi-led operation] has no international legal foundation. Of course, we were a bit disappointed, to say the least, by the fact that the operation was launched even without any consultations either in the [UN] Security Council or via bilateral channels," Lavrov said.

#Lavrov: We call on everyone to stop the violence in #Yemen, the #Houthis, the supporters of the #Yemeni President and the coalition

Lavrov stated that Russia values its relations with Saudi Arabia and other members of the coalition, but was critical of the fact that the coalition had asked the Security Council to approve the military operation in Yemen post factum.

Yemen is suffering from a violent conflict between Houthi rebels and government forces. The Shiite Houthis recently took control of the country's capital Sanaa, forcing elected president Abd Rabbuh Mansur Hadi to flee the country, and have made rapid advances into other cities.

The ongoing hostilities in Yemen have resulted in the deaths of 519 people, including 90 children, over the past two weeks, according to the UN. The death toll climbed sharply after the Saudi-led coalition launched airstrikes on Yemen.

The escalation of the conflict prompted several countries, including Russia, China, the United States and India to evacuate their nationals from Yemen.

Russia Calls on Other Countries to Join Evacuation Mission From Yemen