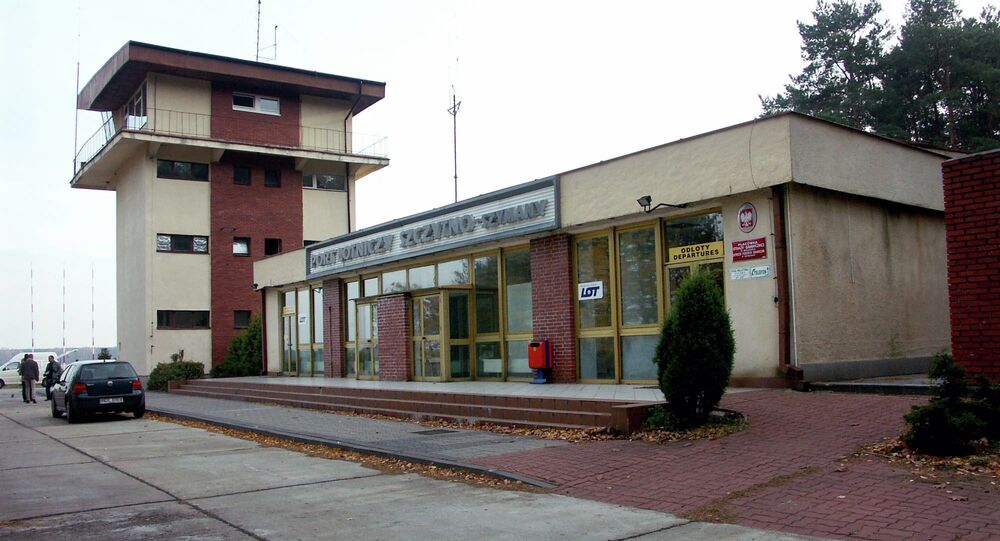 A small remote airport in north-eastern Poland, once used by the CIA as a rendition hub, has already received over €30 million in EU funds for its re-fit, but experts say it is a perfect example of “how-not-to and where-not-to” invest, as its economic feasibility, projected tourist forecasts, and impact on local employment are desperately low.

Poland's airport project at Szymany, a remote airfield which the CIA used just over a decade ago to fly in kidnapped detainees for torture at a nearby intelligence training camp, still remains one of the largest European-funded re-fit projects.

© AP Photo
Cough Up the Docs: Poland Warned of Court Breach Over Secret CIA Jail
The Szymany project has already received over €30 million in EU funds as part of the €48.5 million investment aimed to turn the former military airstrip into an international commercial airport.

The experts, however, wonder what the site will be used for as the project obviously suffers from a low degree of economic feasibility.

According to the website EUobserver, the airport would need one million people a year to travel through it in order for it to balance the books.

Developers say at least 100,000 passengers are expected in the first year of the airport’s operation and expect numbers to “exceed 1 million” after 2035.

Mariola Przewlocka, the airport’s former director, however is not that optimistic.

“Szymany can balance the books only if one million passengers pass through it. It’s an impossible task,” the website quotes her as saying.

Jacek Krawczyk, the former chairman of the board of directors of LOT Polish National Airlines, said the whole project makes no economic or operational sense.

“This is going to be a monument for the local authorities, that they have been able to spend European funds,” he told EUobserver.

Shane T. McCoy
Guilty as Charged: Poland Was Involved in CIA Torture
“Why on the earth do you want to insist on building your own airport in a region that has absolutely no capacity to generate any meaningful demand for air transportation; this I cannot comprehend,” he said.

In 2005 the small airport recorded only one international takeoff and landing. Some 151 domestic flights takeoffs and 152 landings were also registered.
Evidence, however, suggests that some of the last passengers at this site were CIA officers and their prisoners.

The airport was part of a seven-year criminal investigation into the secret illegal transfers in 2002-2003, which were used by US intelligence services as part of Washington’s war on terror.

Bounded by the Freedom of Information Act, Polish Airspace authorities have revealed that at least 11 CIA aircraft landed at Szymany, and some of their passengers stayed on in Poland.

In July, the European court of human rights delivered an unprecedented ruling that Poland had violated international law by allowing the CIA to inflict what "amounted to torture" in 2002 at a secret facility in the forests of north-east Poland. The court found that Poland “enabled the US authorities to subject [the detainees] to torture and ill‑treatment on its territory” and was complicit in that “inhuman and degrading treatment”.

Poland complied with a court order to pay $262,000 to two Guantánamo Bay inmates.

The experts however predict that the number of international tourists who are on the hunt for traces of CIA torture would not be enough.