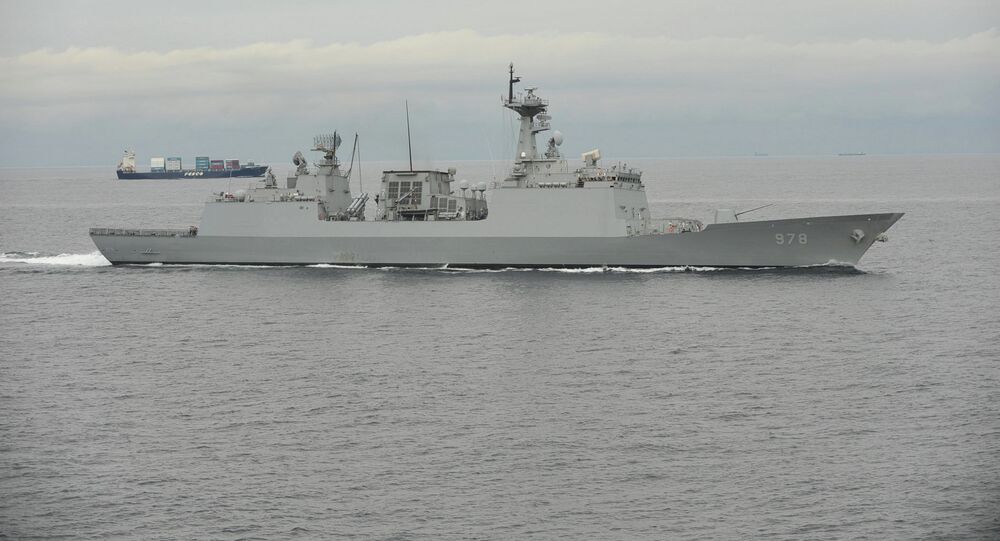 South Korea's interim embassy has reportedly started to work on board a Navy destroyer off the Gulf of Aden in order to ensure the safety of Korean residents in Yemen.

Seoul has opened its interim diplomatic mission on board a warship off the Gulf of Aden in order to help protect 23 Korean residents who decided to stay in conflict-stricken Yemen, the South Korean news agency Renhap reports.

What role should Western countries play in the Saudi-Yemen conflict?
Voted: 1294
All polls
According to the country's Joint Chiefs of Staff, the embassy is operating on board the Wang Geon destroyer; it marks the first time that a Korean diplomatic mission has operated on a warship which remains on a combat mission in the sea, containing pirates off the coast of Somalia.

The Joint Chiefs of Staff said that the special Cheonghae unit was instructed to provide communications equipment for the interim diplomatic office, which was set up last Friday.

The Cheonghae unit has been operating on board the destroyer since 2009; it is part of an international effort to protect ships' traversing the Gulf of Aden, used annually by about some 500 South Korean vessels.

Last week, 13 South Koreans were evacuated from Yemen by a UN aircraft amid increasing violence in Yemen, hit by the Saudi-led coalition airstrikes against Shiite Houthi rebels, who toppled the Yemeni government and dissolved the parliament in February 2015. The air raids have been ongoing since March 26.

A total of 36 Koreans were living in Yemen's four different areas, including Sanaa and Taiz, before the evacuation, officials said.

Snubbing US, South Korea Decides to Be a Founding Member in China’s AIIB