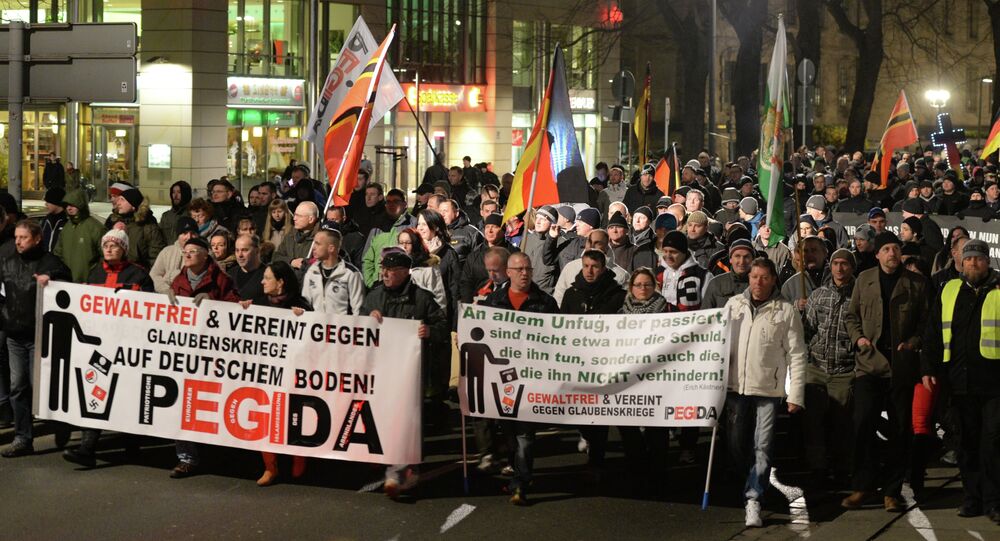 Pegida political movement, that was established in Germany, will stage protest rally against the Islamization in Canada's second-largest Monreal.

© Flickr / jareed
Pegida Canada Calls for Reformation of Islam, Plans March in Toronto
MOSCOW (Sputnik) — Canada will see a Pegida rally on Saturday as the anti-Islam movement will stage a rally in the country's second-largest city of Montreal, according to a Facebook announcement by the group.

Just over 170 people have signed up for the event to protest "against the Islamization of the West, and the Americas."

"I appeal to all freedom-loving citizens who want to keep our values and culture intact, come and join us," the announcement read.

Local politicians, including Montreal mayor Denis Coderre, condemned the rally, according to local media, reporting that an anti-Pegida protest will be held concurrently at the same place.

© REUTERS / Peter Nicholls
Pegida Protesters in Newcastle Largely Eclipsed by Counter-Demonstrators
On Thursday a source at Pegida Canada told Sputnik they were planning a rally in Toronto but did not specify a date.

Pegida is an acronym for Patriotic Europeans Against the Islamization of the West.

The political movement began in Dresden in October, 2014, and has been spreading its message to other German towns as well as some other European countries.

The movement's activity in Europe seeks to boost the upswing in anti-Islamic sentiment following a series of gun attacks in Paris and Copenhagen carried out by radical Islamists.

Hooligans, Pegida and Salafists March Together