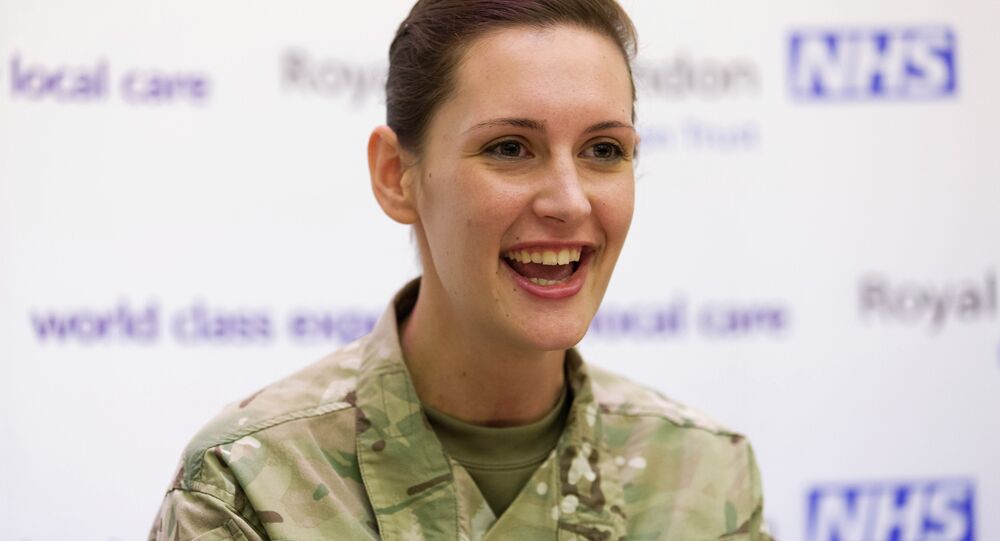 British nurse, Anna Cross was successfully cured of the Ebola virus with an experimental drug.

© AP Photo / Abbas Dulleh
Ebola Death Toll in 3 Worst-Hit West African States Exceeds 9,000
MOSCOW (Sputnik) — A British nurse was discharged from the Royal Free Hospital after she was successfully cured of the Ebola virus with an experimental drug, the hospital said Friday.

Anna Cross contracted the deadly virus in February while caring for patients as a staff nurse in Sierra Leone, one of the three most-affected West African countries. In March, she was admitted to the Royal Free in London and agreed to be administered a new drug called MIL 77.

The 25-year-old woman is the first Ebola patient to be given this experimental drug, which is reported to be based on ZMapp, another medicine under development as a potential Ebola cure.

© East News / AP Photo/Keystone,Jean-Christophe Bott
Status of Ebola Positive US Volunteer Improves
Doctors said Cross was able to make a full recovery. She was treated at an isolation unit that is equipped for patients with dangerous infectious diseases.

Ebola is transmitted through direct contact with the bodily fluids of those infected. There is no officially approved medication for the disease, though several countries are working on vaccines.

Ebola Still Far From Being Defeated - Doctors Without Borders