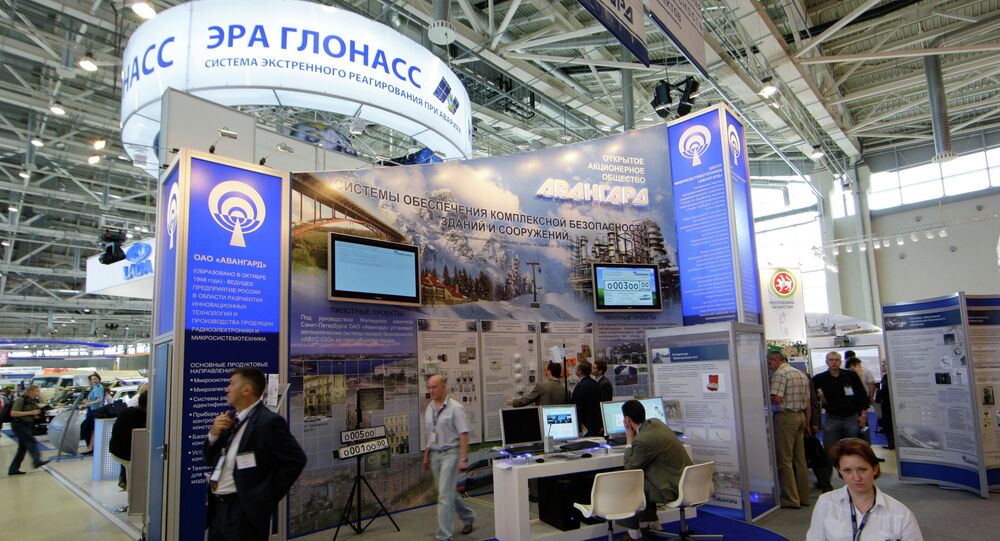 © Sputnik / Alexandr Kryazhev
India Interested in Russia's Glonass Satellite Navigation System
MOSCOW (Sputnik) – The Russian-produced ERA-GLONASS emergency call system was commissioned in January and requires all new cars licensed in EEU founding nations Russia, Belarus and Kazakhstan be equipped with the device. In March 2018, all new cars sold in the European Union will be outfitted with emergency call technology eCall.

"The systems operating in the EEU countries will be harmonized with the European eCall [system] and, eventually, a common road safety space will be created to cover all of Eurasia – everybody is a winner," GLONASS Union Vice President for Strategic Development Evgeniy Belaynko told RIA Novosti.

Armenia and Kyrgyzstan, the other two EEU nations, are in talks to introduce the ERA-GLONASS accident response system.

"The Chinese are going to send specialists to us for training every year. A corresponding accord has already been reached," Evgeniy Belyanko, GLONASS Union Vice President for Strategic Development, said.

A source at the Russian space agency Roscosmos told RIA Novosti in February that Russia and China had signed a cooperation deal in the field of satellite navigation.

"We continue to work under the cooperation program. What needs to be done first is to harmonize the standards of emergency navigation systems in transport, before we get on to develop major projects and technology," Belyanko said.

He added the two nations had set up working groups and four subcommittees to discuss compatibility in their corresponding navigation systems.

GLONASS, which stands for Global Navigation Satellite System, was launched in 1993. It is considered to be Russia's version of the US Global Positioning System (GPS).

"We have been the first to create a massive, reliable in-vehicle emergency system that spans the territory of the entire country, and we did it three years and three months before the European Union, developing a critically important technology," GLONASS Union Vice President for Strategic Development Evgeniy Belyanko said in an interview with RIA Novosti.

Beginning in March 2018, all new cars sold in the 28-nation European Union must be outfitted with emergency call technology eCall, according to new regulations. The Russian-made technology has been in use since the beginning of this year.

Belyanko said the United Nations is already using ERA-GLONASS technology as a template for its system requirements.

"Russian experts are the driving force behind this effort to set out unified rules. We have virtually started to export knowledge," Belyanko said.

ERA-GLONASS is a real-time satellite technology used in reporting traffic accidents. It calls the 112 emergency service number automatically in case of an accident. The communication takes under 20 seconds.

Rules that came into force in 2015 require cars licensed in the Customs Union, Russia, Belarus and Kazakhstan, to be equipped with ERA-GLONASS technology.