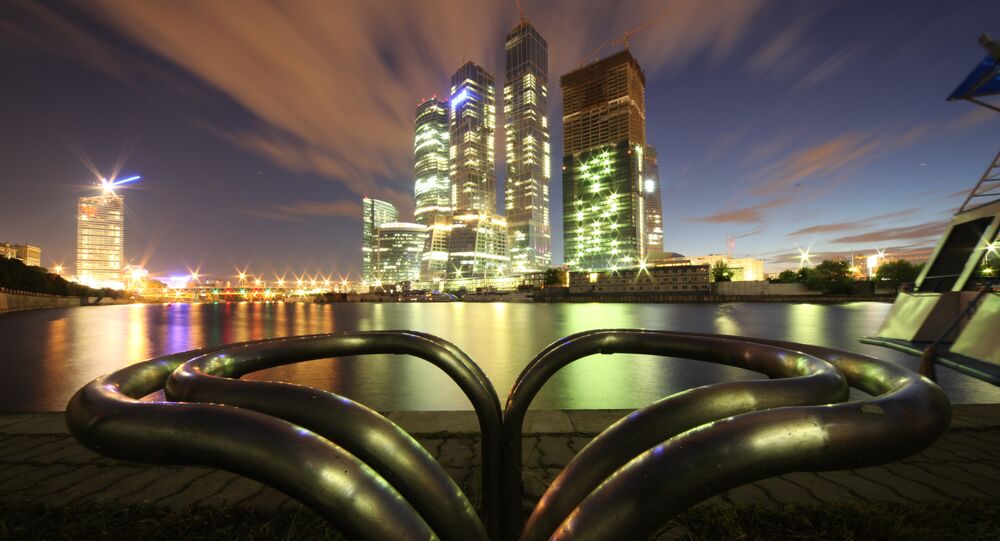 West has admitted that the sanctions card has not paid off and investors once again favor Russia; Bloomberg has issued a positive analysis and forecast for Moscow following the announcements of Russia’s finance minister.

© Sputnik / Alexandr Demyanchuk
Ruble Strong: Russian Currency No Longer Reacts to Oil Prices, Foreign Debt
Following the announcements of Russia’s Finance Minister Anton Siluanov that Russia’s ruble has found its balance as it no longer reacts to falling oil prices or foreign debt payments, Bloomberg has come up with the same forecast.

The agency admitted that the swings in the ruble’s value, which became the world's most volatile currency last year, have narrowed in 2015, “more than any of the other 30 most-traded currencies.”

The Bloomberg Russia Local Sovereign Bond Index has measured that investors in Russian government securities denominated in rubles have earned the equivalent of 7 cents on the dollar so far this year.

In contrast, anyone holding similar government debt in emerging markets across-the-board has lost 1.1 percent in 2015, it said.

Russia's corporate bondholders are also in the black; they've had a 7.3 percent total return in 2015.

“And while shareholders in the global emerging market stocks measured by the MSCI Emerging Market Index gained 1.7 percent this year, the 50 Russian stocks in the Micex index are up 11.9 percent — better than the Standard & Poor's 500 or any other North American market.”

Do you think that the EU economic sanctions against Russia should be lifted, tightened or remain the same?
Voted: 2057
All polls
The agency echoed Siluanov’s forecasts for the Russian economy as well.

On Thursday the finance minister told the Russian Union of Industrialists and Entrepreneurs’ Congress that the Russian economy has passed its lowest point at the end of 2014 and is now stabilizing.

Bloomberg confirmed that Russian companies represented in the Micex index are more profitable, when measured by Ebitda margins (earnings before taxes, depreciation and amortization) than the rest of the companies included in the global MSCI Emerging Market Index.

A number of Russian companies are outperforming their global peers, it said.

“One possible reason for the growth?” Bloomberg questioned. His answer was simple: sanctions.

“With foreign goods unavailable, Russians had to choose homegrown products and services.”