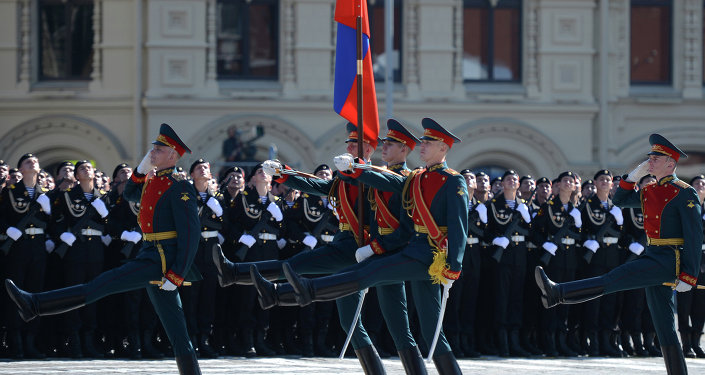 "We have invited for example our American colleagues to participate in [the] parade on 9th of May… Up to them to decide," Antonov said in an interview with RT news channel.

Over 15,000 servicemen from more than 10 countries will march on Moscow's main Red Square on Victory Day, according to Russian Defense Minister Sergei Shoigu.

Earlier, US President Barack Obama declined Moscow's invitation to attend the Victory Parade, commemorating the 70th anniversary of Nazi Germany surrender, because of a busy schedule.

On Tuesday, Russia's Foreign Minister Sergei Lavrov said the leaders of 26 countries confirmed that they will attend the May 9 celebrations in Moscow.