If you believe what US Secretary of State John Kerry says, then half of the leadership of the self-proclaimed Islamic State (IS) has been killed.

But US military and intelligence officials say otherwise.

Military experts contend that while the war against IS has indeed killed thousands of fighters and some commanders, the brain trust is still alive and well, which contradicts what Secretary Kerry said last month.

“We’ve disrupted their command structure, undermined its propaganda, taken out half of their senior leadership, squeezed its financing, damaged its supply networks, dispersed its personnel, and forced them to think twice before they move in an open convoy,” Kerry said at the Munich Security Conference. 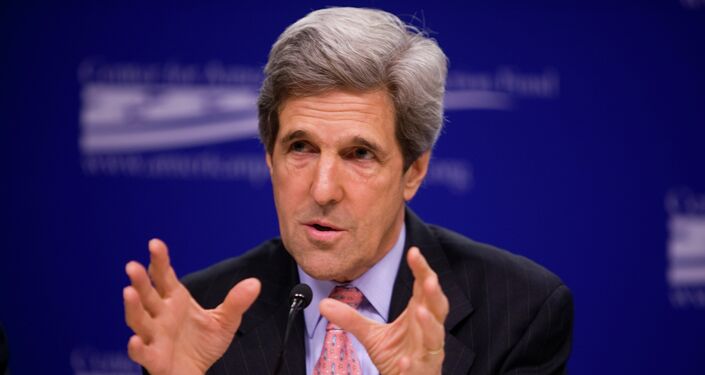 His remarks were largely repeated by retired Army General John Allen, who is serving as the Obama administration’s special coordinator for the coalition fighting IS.

But experts who track IS tell Bloomberg News that the Shura and Sharia councils, the groups that advise IS leader Abu Bakr al-Baghdadi, are mostly untouched and they’re skeptical that what Kerry says is accurate. Al-Baghdadi himself is still around, notwithstanding a close call in November when he was seriously injured in an air strike and has since recovered. And even though those airstrikes have killed several regional leaders, they have been quickly replaced by a senior leadership unaffected by bombing raids.

For their part, both Sec. Kerry and Gen. Allen haven’t repeated the 50 percent claim since first mentioning it last month and a State Department spokesperson said the initial claim was based on internal State estimates.

Michael Smith, a principal of the counterterrorism consulting group Kronos Advisory LLC, says Kerry’s comments could even be considered detrimental to the fight against IS.

“If the administration is confident about these claims. It should name names. Because highlighting such kills demonstrates the efficacy of our counter-campaign, and that can deter individuals from joining or supporting the Islamic State. But lying about our achievements plays right into the Islamic State's P.R. game,” he told Bloomberg News.