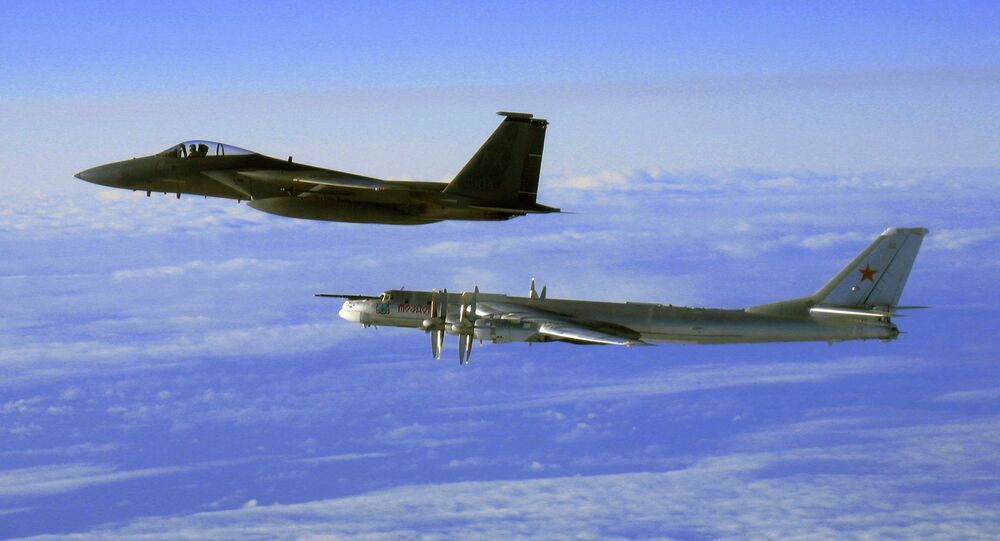 Moscow to NORAD Head: Yes, We Can Contain Your Missiles Better Now. Sorry.

Moscow has said it fully understands US concerns over Russia’s growing military deterrence capabilities, and treats them with compassion.

The Russian Deputy Prime Minister in charge of the defense industry, Dmitry Rogozin, has answered US concerns over Russia’s growing military deterrence capabilities.

“I am very sympathetic. And I fully understand you!” the politician wrote in his microblog on Twitter.

His response was a reaction to the concerns voiced by the commander of the North American Aerospace Defense Command (NORAD) over Russia’s growing military potential; America's long-time missile defense arch-rival has been intensifying its military deterrence capabilities.

Adm. William Gortney told the Senate Armed Services Committee in written testimony on Thursday that Russian heavy bombers had flown more out-of-area patrols in 2014 than in any year since the Cold War.

“We have also witnessed improved interoperability between Russian long-range aviation and other elements of the Russian military, including air and maritime intelligence collection platforms positioned to monitor NORAD responses."

US Senator Expresses Desire for Greater Sanctions Against Russia
This is giving the Kremlin "deterrent" options "short of the nuclear threshold," Gortney said.

"Should these trends continue over time, NORAD will face increased risk in our ability to defend North America against Russian air, maritime and cruise missile threats," he noted.

The anxiety remains that the Russian deployments of aircraft and ships into Crimea and the Kaliningrad region could give Moscow a platform for the deployment of weapons that concern the US.

"They can range critical infrastructure in Alaska and in Canada that we rely on for a homeland defense mission," Gortney told senators, explaining the reach of the long-range Russian cruise missiles.