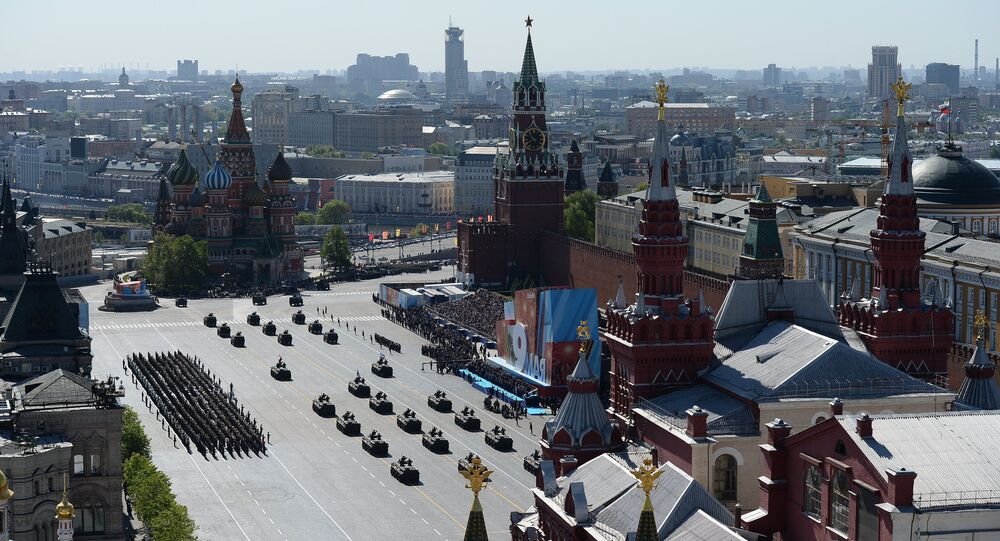 The Russian President's spokesman Dmitry Peskov has said that some Western leaders' no-show at this year's Moscow Victory Day Parade will not spoil its festive atmosphere.

"It will not affect the spirit, the emotional aspect and the scale of the holiday," Peskov said.

Earlier, Moscow invited a number of world leaders to attend a Moscow military parade commemorating the 70th anniversary of the defeat of Nazi Germany in World War II.

Those that said "no" include the Presidents of Poland, Lithuania, Latvia and Estonia, as well as US President Barack Obama, who will skip the parade allegedly due to his tight job schedule.

© Sputnik / Sergey Pyatakov
Russia's Yars ICBM Systems to Take Part in Victory Day Parade
The German newspaper Die Zeit, in turn, quoted unnamed sources in the German government as saying that German Chancellor Angela Merkel has also decided not to be in attendance at the parade.

Meanwhile, British Prime Minister David Cameron and French President Francois Hollande have yet to announce their final decision on the matter.

The 2015 Moscow Victory Day Parade is due to take place in Moscow's Red Square on May 9 to pay tribute to the 70th anniversary of Nazi Germany's defeat in 1945. The Germans capitulated in the evening of May 8 in Berlin, but it was already after midnight in Moscow; therefore, most European countries celebrate 'V-E Day' a day before Russia does.