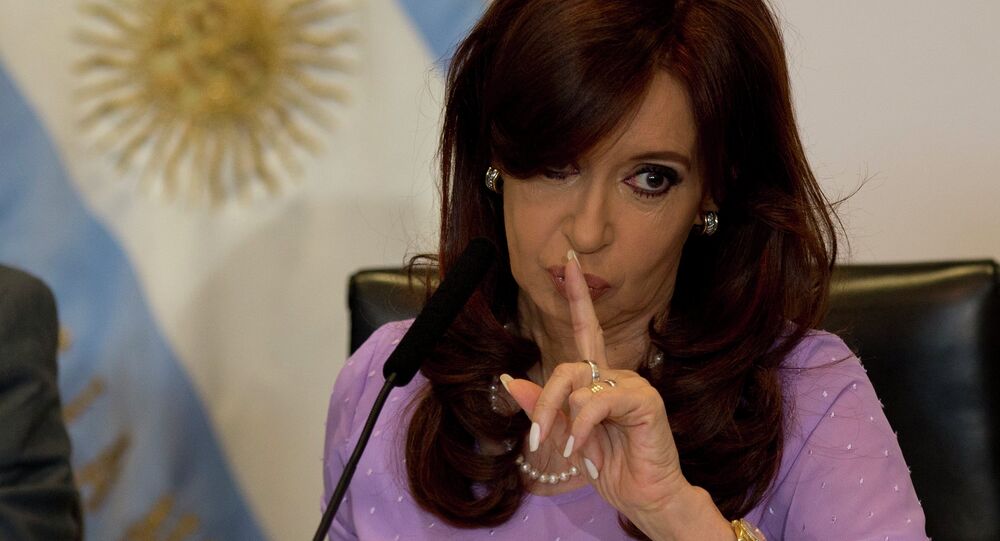 Argentina slams US for declaring Venezuela "a threat to US national security", the country’s foreign ministry said in a statement.

On Monday, US President Barack Obama issued an executive order imposing sanctions against seven Venezuelan officials, freezing their assets and banning them from entering the United States. Obama described “erosion” of human rights guarantees in Venezuela as an “unusual and extraordinary threat” to the US security.

“The announcement is not only appalling due to the unusual hardness of its terms, almost threatening, but causes astonishment and surprise,” the Argentinian Foreign Ministry said in a statement posted on its website Wednesday.

The ministry also called on the US government to refrain from using “abusive language” inappropriate for a global power and from implementing sanctions that “only lead to failure and enmity between peoples and their governments.”

In December 2014, US President Barack Obama signed a bill authorizing him to impose sanctions against those Venezuelan officials who were involved in suppressing anti-government protests in February 2014. Caracas accused Washington of attempts to topple Venezuela’s government and responded with limits on the size of the US diplomatic mission to the country.