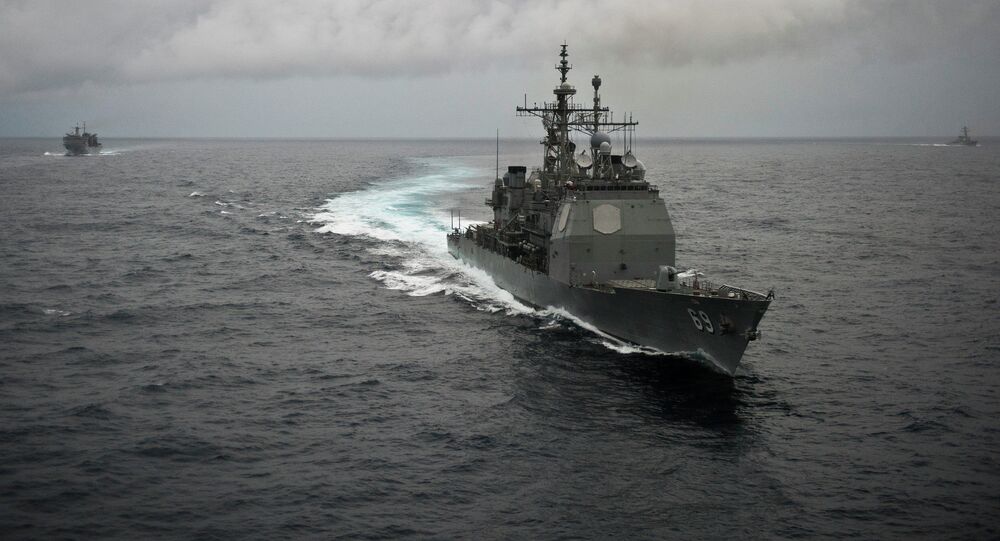 "NATO ships assigned to Standing NATO Maritime Group Two (SNMG2) arrived today in the Black Sea to operate and train with ships from the Bulgarian, Romanian and Turkish Navies," the press release read.

© AP Photo / Rahmat Gul
NATO Operation Atlantic Resolve Expands to Bulgaria, Romania - US Colonel
"The training and exercises we will conduct with our allies in the Black Sea prepares us to undertake any mission NATO might require to meet its obligations for collective defense," Williamson was quoted as saying in the press release.

Williamson added that NATO looks forward to enhancing its interoperability with Turkish, Bulgarian and Romanian navies.

Russian multi-role Su-30 fighter jets and Su-24 frontline bomber jets from the Black Sea Fleet's Navy aviation are observing the NATO warships movements in the Black Sea, a source in the Crimea Naval Base said on Wednesday.

NATO has boosted its military presence close to the Russian border after Crimea seceded from Ukraine and reunified with Russia in March 2014.

In the summer of 2014, NATO dispatched a record number of nine vessels to the Black Sea, coupled with reinforcing its air patrolling missions in the Baltic airspace.