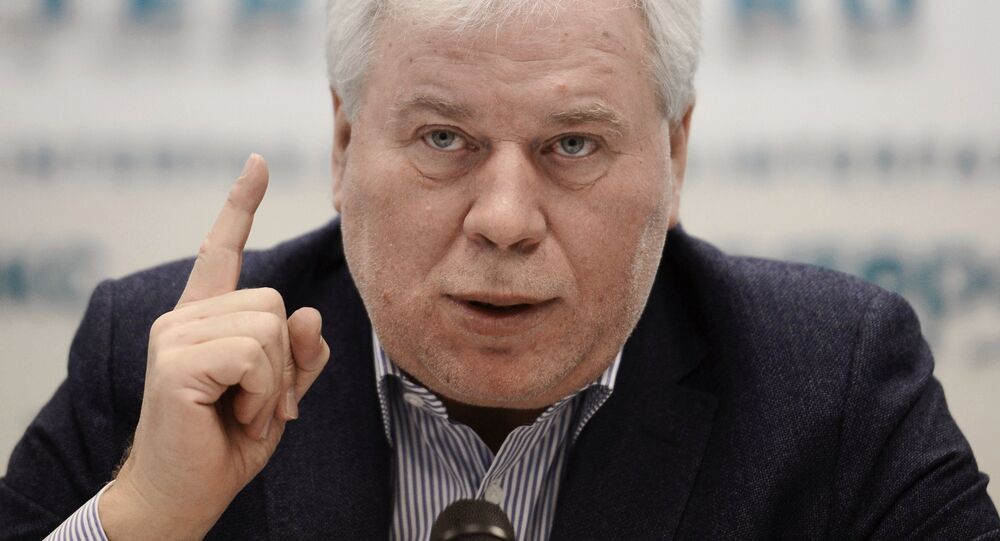 Snowden's Lawyer Rules Out Fair Trial for Whistleblower in US

Edward Snowden's Russian lawyer Anatoly Kucherena said that Snowden's case is considered in a political framework in the United States and fair trial against Snowden is impossible.

“Unfortunately, now it [Snowden’s case] is considered in a political framework and all the [US] invectives against him testify that a fair and just trial for him in the United States is impossible,” Kucherena pointed out.

The lawyer stressed that Snowden’s return would be feasible if the situation was viewed by the US authorities in a purely legal framework.

“Any person would be willing to go home, including Edward Snowden, but prior to this the US State Department should disavow its invectives against him,” Kucherena said.

© AP Photo / AP Images for The New Yorker
Snowden Yearns for Home, Lawyers Doing Everything Possible
On Tuesday, State Department’s spokeswoman Mary Harf said “the justice system […] will be fair in its judgment” of Snowden, but said that he would have to face trial for “very serious crimes.”

Snowden, a former employee of an NSA contractor, has been publishing information since 2013 about secret, illegal surveillance programs conducted by US and other intelligence agencies.

In August 2013, he was granted asylum and later a three-year residency permit by Russia. Snowden is wanted in the United States on a number of charges, including espionage and government property theft.

If deported to the United States, he could face up to 30 years in prison.

US Whistleblower Snowden Under Constant Surveillance

Lawyer Says No New Leaks Expected While Snowden in Russia