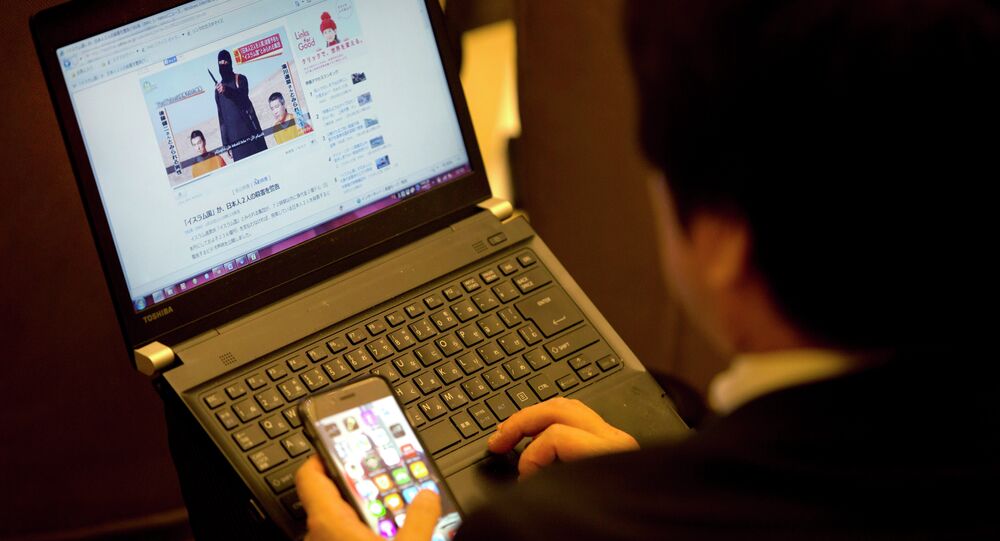 Islamic State (ISIL) is the first major militant group to actively use social media to attract thousands of new members, and more importantly, unprecedented numbers of foreign supporters from around the world.

ISIL, being the first major militant group with key figures young enough to have grown up with the Internet, has actively used social media to recruit new members.

A whole "army of bloggers, writers and people who do nothing other than watch social media are working for ISIL," former FBI agent Ali Soufan, who was a key figure in a number of high-profile antiterrorism cases, told Der Spiegel.

The group's "revolutionary approach to social media" has managed to bring the jihadi community into the mainstream of the internet, according to terrorist analyst and co-founder of the SITE Intelligence Group Rita Katz.

According to a major analysis of online posts carried out by Italian scientists last year, Arabic-speaking Europeans and Americans are more positive towards the Islamic State than those in countries where the group has made advances.

Only 7.6 percent of Twitter, Facebook and blog posts in Syria were positive about the jihadist group, a group of academics from the University of Milan found last November.

While most aspiring ISIL members in the West are men, there has been an increasing number of cases where young Muslim women have joined the jihadist group.

In late February, British police and desperate parents appealed to the public after three London schoolgirls boarded a plane to Istanbul, believed to be heading to Syria to join ISIL.

The case follows a string of similar reports in past months, with girls as young as 15 leaving their homes in Europe and America to become jihadi brides, with online propaganda being cited as their main source of inspiration.

Do you agree with King Abdullah of Jordan who called the ISIL threat a ‘third world war’?
Voted: 1023
All polls
Repeated Crackdowns

In addition to recruiting, the Islamic State has used social media to spread footage of its brutal crimes, such as the recent murder of Jordanian pilot Muath Al-Kasasbeh.

A horrific video showing the pilot being burned to death while trapped in a cage was briefly uploaded to YouTube, with links and stills from the footage widely circulating on Twitter accounts linked to the extremist group.

Social media moderators have repeatedly cracked down on Islamist propaganda, suspending thousands of ISIL-affiliated accounts over the past year.

The move was met with frustration by both US and UK intelligence agencies, with FBI Director James Comey arguing that the widespread use of encryption could "lead all of us to a very dark place".

GCHQ chief Robert Hannigan stated that tech firms are in denial about the misuse of their services by terrorists, and encryption technologies provided ISIL with anonymity that was once available only to the most sophisticated criminals.

Italy to Send Weaponry, Instructors to Iraq to Fight ISIL

US Investigates Suspected ISIL Supporters in All 50 States – FBI Director