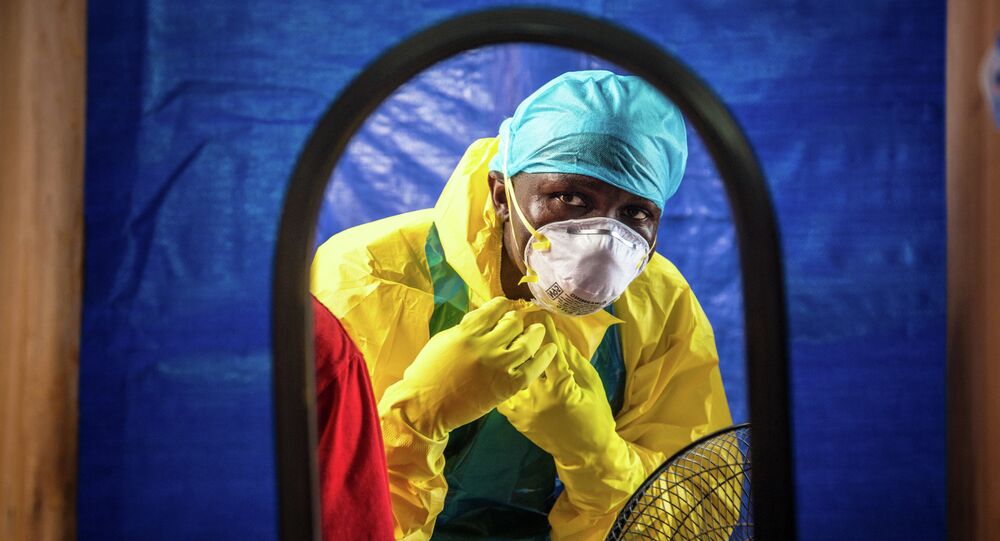 The European Union's foreign affairs chief Federica Mogherini stated that the European Union committed itself last October to provide 1 billion euro in support of the campaign against Ebola.

The European Union committed itself last October to provide 1 billion euro in support of the campaign against Ebola, Мogherini said during the opening of the "Ebola: from emergency to recovery" conference in Brussels. This sum has been exceeded, with the European Union having committed 1.2 billion euro in cash and kind to the international response.

© AP Photo / Abbas Dulleh
Human Clinical Trials Begin for ZMapp Ebola Vaccine in US, Liberia
"This is ranged from the ship of supplies that reached West Africa in November 2014 to the arrangements for medical evacuation for … workers that enabled international volunteers to arrive in numbers," Mogherini said.

The European Union's foreign affairs chief also urged all the conference participants to "send a message of hope and determination in fighting Ebola." Mogherini added that this fight was one that was based on cooperation and partnership.

The outbreak of the Ebola virus in West Africa began in February, 2014. Three African countries Guinea, Liberia and Sierra Leone suffered most from the virus. According to the latest World Health Organization data, 9,714 people have died since the beginning of the epidemic, while 23, 913 people were infected.