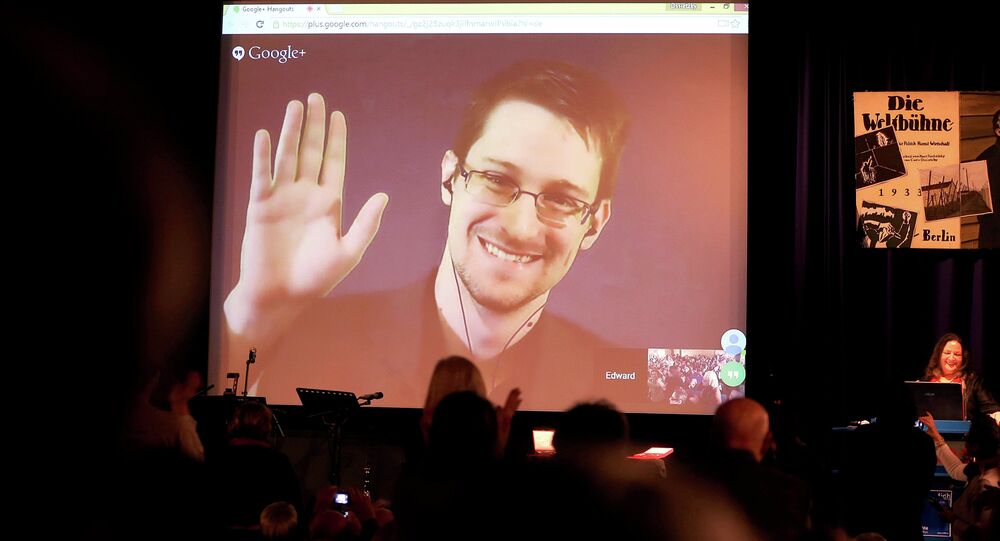 Former US National Security Agency (NSA) contractor Edward Snowden is ready to return to the United States, but the guarantee of a fair and impartial trial is essential before Snowden will return home, according to Snowden's lawyer Anatoly Kucherena.

"Edward Snowden is ready to go there [to the United States]," Kucherena said, during a press conference in Moscow.

He added that a fair and impartial trial is essential for the Snowden's return to his home country.

© AP Photo / AP Images for The New Yorker
Snowden Yearns for Home, Lawyers Doing Everything Possible
In 2013, Snowden leaked information about extensive and illegal surveillance operations of both US citizens and foreign leaders conducted by US authorities globally, which sparked domestic and international controversy.

In August 2013, the Snowden was granted asylum and later a residency permit for three years in Russia.

The United States brought a number of charges against Snowden, including espionage and government property theft. If deported to the United States, he could face up to 30 years in prison.

Lawyer Says No New Leaks Expected While Snowden in Russia