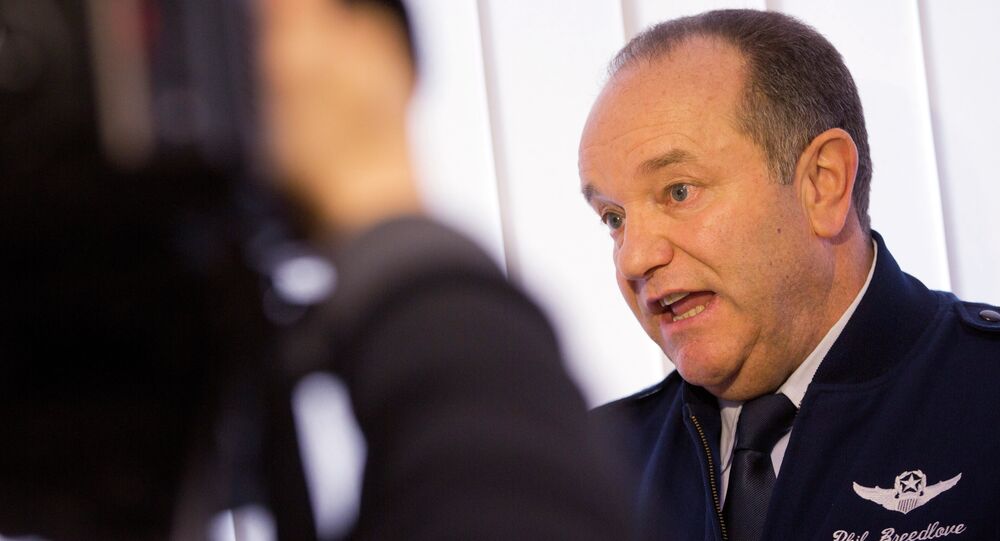 US European Commander Air Force Gen. Philip Breedlove said that US has not exhausted the options in non-lethal aid to Ukraine.

© AP Photo / Pavlo Palamarchuk
US House Proposes $1Bln in Lethal Aid, Military Assistance to Ukraine
WASHINGTON (Sputnik) — Providing lethal assistance to Kiev should not be the next step by the United States because there is still much that can be done to support Ukraine, US European Commander Air Force Gen. Phillip Breedlove said on Wednesday.

“I do not think that we have exhausted the options in non-lethal aid [to Ukraine], but I do not think that is directly tied to should lethal aid be the next step, there is much more that we can continue to do,” Breedlove said in his testimony to the US House Armed Services Committee on emerging security challenges in Europe.

The United States, for example, is now sending a special team to Ukraine to conduct medical coaching and mentoring, Breedlove said.

On Saturday, ten US Senators urged US Secretary of State John Kerry to back Kiev with defensive weapons in its fight against pro-independence militias in eastern Ukraine.

Currently, the United States and a number of EU countries are providing non-lethal aid to the Ukrainian government forces.